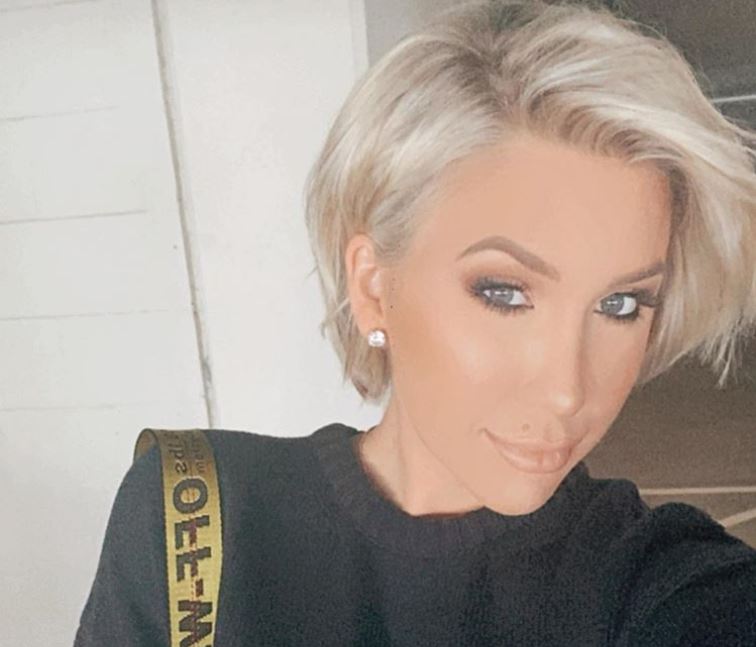 Some people opt to cry and wallow around with a tub of ice cream post break up. However, this isn’t the case with Chrisley Knows Best beauty, Savannah Chrisley.

How to cope with a break-up- Chrisley Style

Consequently, in a series of reports about the Chrisley/Kerdiles break up, The Blast gives fans an inside look at what’s been going.  Just last week the duo took to their respective Instagrams to announce to their fans that they are no longer together. Unfortunately, after they called off their engagement earlier this year. Consequently, news of their split didn’t come as much surprise to their followers.

In the week since her split, Savannah shows fans that she “isn’t counting calories or worried about her diet,” according to The Blast. The inside look into Savannah’s break up menu came courtesy of her Instagram stories. Relatably, she shares with fans that she is eating greasy pizza and Cinnabons she got from her mom, Julie Chrisley. Heartwarmingly, she captions this post with, “When mama tries to heal the heart.”

Leaning on her faith

In addition to sharing her break up diet, Savannah Chrisley shares motivational quotes and scripture with her fans. Fans of Chrisley Knows Best know that Savannah often relies on her faith to get through difficult times in her life. One of the quotes reads, “To my heart- even when it doesn’t feel better, lead me where it’s right.”

Seemingly, in an attempt to stay busy, Savannah Chrisley is spotted at what appears to be a Top Golf a golf course in high heels. Luckily, The Blast captures a snapshot of the golf outfit from Savannah’s Instagram stories. Fans are quick to point out that Nic and Savannah went golfing several times throughout their relationship.

Is there a new man in Savannah Chrisley’s life?

There’s rising speculation of a relationship brewing between Savannah Chrisley and her male best friend, Chadd Bryant. This is in part due to the sweet birthday post Savannah made for Chadd on Instagram. Seemingly, she and Chad have been spending a lot of time together. Most recently, the duo takes to Instagram to document their boxing experience. Additionally, fans speculate that Savannah is preparing her revenge body. However, this is hard to believe with how fit and toned she already is.

Happy Birthday to the one and only @chaddlife ❤️ you are one of the kindest, most loyal, and loving people that I know! I don’t know how I’d get through life without you…God knew what He was doing when He placed this one in my life!! Can’t wait to have you by my side for the rest of our lives! Through the laughter and tears…you and me! #iloveyou #bestfriends #happybirthday ❤️

Some fans may be wondering, who is Chadd Bryant? According to Instagram, he is from Nashville. Additionally in his bio he lists himself as a celebrity stylist and realtor. Many of his Instagram photos are alongside Savannah Chrisley. Surprisingly, there is even a photo of Chadd smiling next to Nanny Faye. Seemingly backing up his celebrity stylist status, recent photos show him happily alongside Country star, Raelynn.

Happiest birthday to the Queen, Nanny Faye! Cheers to many more and lots of more amazing fun and laughs together! I Love You @nannyfayechrisley #nannyknowsbest #happybirthday #thequeen #chrisleyknowsbest

It seems that both Savannah and Nic are keeping busy to cope with their recent break-up. Consequently, Nic was spotted on the West Coast shortly after their break up. Additionally, with the break-up posts being so sweet, fans are wondering- are they really over? Only time will tell. Stay tuned to TV Shows Ace for more Chrisley Knows Best and other reality television news.