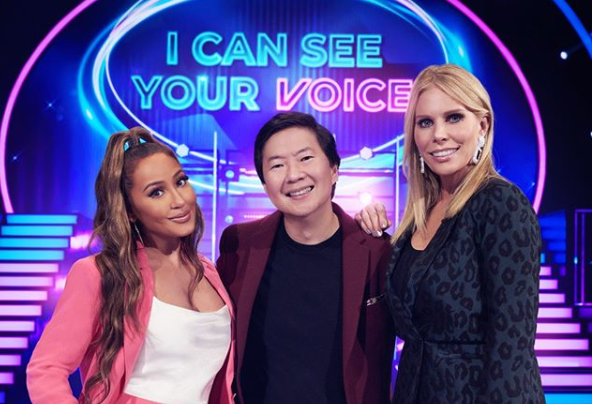 .With the success of The Masked Singer firmly established, Fox is trying to bring another Korean television classic to the American stage. This new show is called I Can See Your Voice! The premise for this show is markedly different from its predecessor, but both revolve around music. Fox is also hoping to capitalize on the hilarious talent of new host Ken Jeong.

He is a judge on The Masked Singer, But as host of the new show, Fox is hoping Jeong can bring the same level of popularity to the spin-off.

Jeong referred to himself as “Asian Seacrest.” He joked that “It literally is Ken Jeong on a full night of programming.” Fans cannot wait to see what hilarity Dr. Jeong will bring to I Can See Your Voice!

How the Show Works

Shows based on singing require contestants to prove their vocal chops, but not I Can See Your Voice. This show is truly a game of chance and it is really all about acting.

It works like this: there are six “singers” and a weekly contestant has to decide which one of the six is a good singer and which is a bad singer. The six singers have the chance to convince the contestants of their talent. They do this by lip-syncing songs. They can also use their phones and social media to prove they can really sing.

At the end of the show whichever remaining singer will then perform a duet with one of the celebrity panelists! And if the contestant chooses a good singer for the final live duet they will walk away with $100,000!

The show will keep you guessing as Jeong puts it, “Just when we think we figured out or broke the code of who can sing and who can’t; we get it wrong.” Luckily the contestants will not be working alone. They will have a panel of celebrities to help decipher clues and dissect performances before making their final decision.

Actress Cheryl Hines is one of the recurring panelists. She said, “You know for a fact that the guest celebrity is gonna bring it. You are cheering for people to be bad singers but in the end, you want them to be good singers.” Hines really summed it up when she said, “It is a fun roller coaster ride.”

The Masked Singer Season 2 Alum, Adrienne Houghton, and Cheryl Hines will be the only two recurring panelists. The other three panelists will be made up of comedians, actors, actresses, and singers. Some celebrity panelists joining Houghton and Hines this season are Nick Lachey, Kelly Osbourne, and Nicole Scherzinger. The celebrity line up on this show is so star-studded that the panel alone makes the show worth watching.

The fact that some of these amazing singers will eventually have to sing with a really bad singer makes things even better. Hines said, “Sometimes our celebrity singer ends up with a really horrible singer.” She even gushed, “I love the train wrecks so much!”

Houghton added her view on these outcomes by simply saying, “it’s hilarious.”

Ken Jeong said that he thinks this will be “America’s best guessing game.” But the heart of the show is really about “helping someone achieve their dreams using music and comedy.”

I Can See Your Voice premiers on September 23, at 9 p.m., immediately following The Masked Singer at 8 p.m.