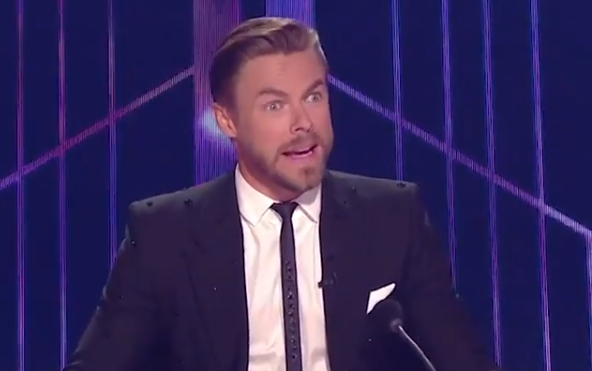 If you felt like the judges on Dancing With The Stars are being abnormally harsh, you aren’t the only one. Current competitors Nelly and Johnny Weir both made their feelings very clear after week 2 wrapped up last night.

“They’re whack, whack, whack. They’re hating,” Nelly told Us Weekly. “I feel like the judgment should come with understanding! You’re judging me. I’m from the hood in St. Louis, Missouri. There are no ballrooms. I’ve never danced, choreographed in my life and you’re judging me like I should know these things and I just picked up this choreography in five days.”

Nelly and his partner Daniella Karagach received a 16 during week 1 and an 18 for week 2. The DWTS judges noticed that he had improved, but the rapper felt like he and Daniella didn’t receive the recognition they deserved.

“As far as my technique, that’s in this young lady’s lap, and when those judges don’t see that, I get offended because I’m taking up for her. I don’t care about me, but she’s put in the work and they shouldn’t be doing that to her,” he said.

Olympic figure skater Johnny Weir also confirmed he felt the judges are being unfair this year. Even his partner, Britt Stewart agreed.

“They hold me to a different level than most of the competition. I mean, I shared a 6 from one of the judges of Carole Baskin,” Johnny said. He’s previously said that he feels like everyone unfairly assumes he can dance because of his background in figure skating. However, they are very different techniques.

“Yes, we are predisposed to musicality and there are certain aspects of skating and figure skaters that translate well into the ballroom world. But the way I am equating it is kind of like having a football player have to go out and play a major league baseball game eight days after starting to play baseball,” Weir told Team USA.

Fans also weren’t happy with how DWTS treated Skai Jackson this week. She and Alan Bersten lit up the floor during their week 1 performance, but their week 2 performance was noticeably weaker. As a result, the judges gave them a 15 — lower than even Carole Baskin’s score. Fans lit up social media to express their outrage.

“The fact that she got a higher score than Skai is an injustice. She’s not even close to the caliber of Skai and the scoring tonight was ridiculous. Do better judges. Do better,” one fan wrote on one of Dancing With The Stars‘s Instagram posts.

So how do you feel about the whole situation? Are the Dancing With The Stars judges being too harsh this year? Sound off and let us hear your thoughts. Don’t forget to tune in to the show’s Disney night next Monday night.