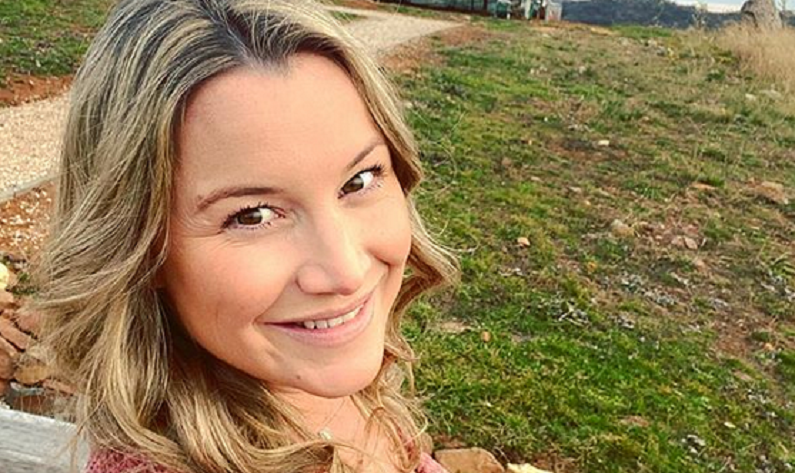 Below Deck Med alum Hannah Ferrier is looking forward to the birth of her baby girl. Back in June, she announced that she’s expecting her first child with her boyfriend, Josh. It’s the first child for both Hannah and Josh. Since then, Hannah has been sharing her pregnancy journey with her fans.

Although they’re sad over her firing, they’re happy for her. The former chief stew has a lot to look forward to. She has two new businesses lined up — a podcast and a yachting school. And now, Hannah is gearing up for the birth of her daughter.

The former Bravo star recently teased the due date on Instagram.

Below Deck Med alum shows off her baby bump

On Tuesday, September 22, Hannah Ferrier posted a mirror selfie on her Instagram account. In the photo, she wore a black sports bra and gray shorts. She proudly smiles as she stands sideways to show off her baby bump. In the caption, Hannah teased that she has “A little over a month ago…”

“I can’t remember the last time a day passed without spontaneously bursting into tears of joy!” Hannah wrote. “Wether [sic] it’s in the car when a song comes on or the thought of looking at my daughter for the first time… The days have passed quickly and I simply can’t wait. 🥰🥰🥰🥰”

A Below Deck Med fan asked her when her baby is due. The pregnant fan revealed that she’s “due in 6 weeks.” Hannah said that her due date is in “5 weeks.” The fan responded, “I’m so happy for you!!💓”

Another fan asked her if she’s been “nesting” during this time. The television personality admitted that she’s been busy “WORKING” instead. But she’s been getting help at home, especially with cleaning the house.

The former Below Deck Med cast member sat down for a virtual interview with People TV. She revealed that she’s undergone several surgeries on her ovaries since she was 13 years old. Hannah thought she couldn’t get pregnant naturally. But then she was blessed with a child of her own.

During the interview, she showed off her baby bump. Hannah exclaimed that her pregnancy is going “good.” She couldn’t stop smiling. You could tell that she is overjoyed. Then Hannah was asked if she would let her daughter get into yachting.

“It depends on her character. If she’s strong and she knows how to say ‘no’ and has a good head on her shoulders, then I’d probably be okay with it,” Hannah responded. “But if she can be kind of a … I don’t want her to be broken by it because you have to be quite strong to be in the industry.”

Then Hannah shared the details of her baby shower, which she previously showed on Instagram. She revealed that she’s “excited” to become a mom. She’ll find herself crying out of the blue at times. Hannah had “six or seven” surgeries since her teens and never thought she could have a baby naturally.

Hannah also said that she was hoping for a girl and she’s looking forward to this new milestone in her life.