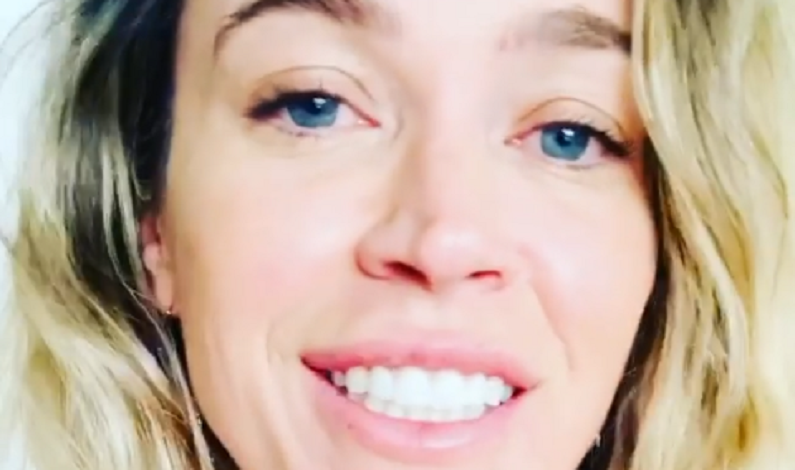 Teddi Mellencamp addressed the allegations against her All In by Teddi programs. The Real Housewives of Beverly Hills co-star wants to remain accountable for all of her actions. She’s taking the allegations seriously. But Teddi also wants to make it clear that there is nothing wrong with her programs, which promote diet and fitness.

This comes off the heels of the backlash of All In. Former clients came forward and revealed the dangerous practice. They claim they were put on a 500-calorie diet followed by an intense cardio session. Some of the clients also revealed that they were harassed and bullied by their assigned coaches.

The 39-year-old is responding to the allegations made against her coaching programs. On Monday, September 21, Teddi Mellencamp told Goodhouse Keeping that her brand will launch an internal review after fielding complaints from clients. However, Teddi is still defending her programs. While she admits she asks her clients to sign NDAs prior to starting the program, she denied the claims that the diet is restrictive.

In an exclusive interview with Goodhouse Keeping, Teddi says she “never encourage[s] anyone to starve.” The reality star used her podcast to first “speak out” about the criticism over her brand’s coaching services. She feels that most of the claims stem from “complete hate” and are “not necessary.”

“For one, I wanted to say I love All In… I 100% feel confident in the fact that we let you know before signing up exactly what the program entails,” Teddi said. “If it’s something that you want to do and you want us to hold you accountable to your goals, we are there to do that for you.”

Please listen to a special episode of @tedditeapodcast. In this episode, we have a conversation about All In. I’ll answer your questions about what ALL IN is and what we do. #linkinbio

Teddi has been touting the positive side of All In. She bragged that she has over 15,000 happy clients. They’ve been signing up for her text-message based “coaching services” that cost as much as $599 in the first few weeks of joining.

Teddi Mellencamp left the city for a much-needed family vacation. This comes amid the allegations and rumors of her being axed from the Bravo. Teddi has been busy sharing family videos on her Instagram Stories. Over the weekend, Teddi and her husband, Edwin Arroyave, traveled to Montage in Newport Beach.

The family spent most of their time at the pool perched in front of the ocean. Then the crew ate seafood at Javier’s. Teddi has had a tough time since the start of RHOBH Season 10. She’s been accused of acting like a “mean girl” and running a “scam starvation company” by her critics.

Teddi also used her Instagram Stories to respond to the backlash. She shared a meme that read, “Haters are an indication that you are on the path to greatness! They’ll call you crazy. They’ll call you weird. They may even mock you for dreaming so big. LET THEM!”

She also posted several inspirational quotes, including one hinting about embracing “the uncertainty” of “what comes next.” Could this be about her accountability programs or her time on RHOBH? Share your thoughts below in the comments section.