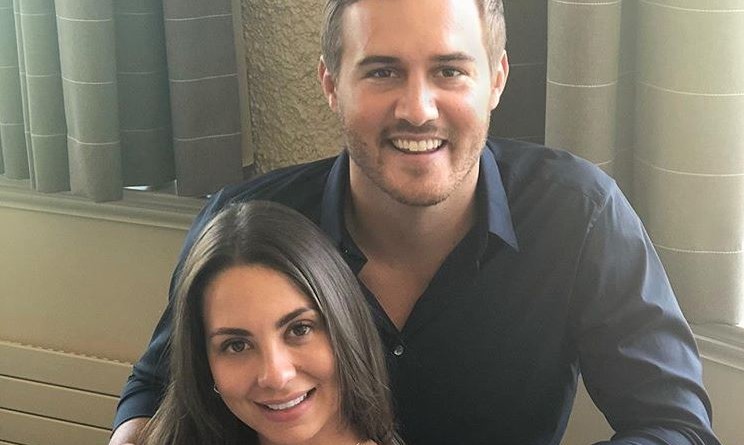 Former Bachelor Peter Weber is ready to dish out some dirt on the franchise when his contract is up. There have many leads lately who are not quite happy with how production ran the show. Colton Underwood remains vocal about producers. Everyone who watched Peter’s season knows how full of drama it was. And, he ended up with his fifth in line lady instead of the top 2, which he also kind of went through.

It sounds like Peter plans to spill some tea

A page on Instagram was able to grab screen shots of some comments Peter has made. The comments most definitely sound like once his contract expires he plans on talking. TheBachelorTalk Instagram page shared the photos of the conversation. A fan commented that they are happy Peter is with Kelley Flanagan. However, they also noted they wasted their time watching his season of The Bachelor.

Peter replied saying he totally understands and that one day he will explain his side of the story. Someone else commented that basically it was nobody’s business what happened and he doesn’t have to explain. Peter replied again saying there is so much people don’t know and it will be good to get it all out. The next comment Peter said was “3/15/21.” This is basically right when a year from when his season wrapped up airing on ABC.

Peter’s side of the story should definitely be interesting.

A recap of the situation

Just a quick recap to refresh everyone’s minds. Peter sent Kelley home before hometown dates. He had met her prior to the show in a hotel lobby. She felt that was a sign so she went for it. It didn’t work out then, but the two are madly in love now. And, they even plan on moving in together.

Before Peter figured out what he really wanted, he struggled a bit. Madison Prewett ditched him after realizing he slept with other women in the fantasy suites. However, he was really into her. But, he went ahead and proposed to Hannah Ann Sluss. After a few months he decided it was over. He couldn’t get past Madison, who also couldn’t get past him. They said they were going to give a relationship a try, but didn’t. They cut ties two days following The Bachelor finale air date.

Now, Peter is living is best life with Kelley by his side. He and the attorney seem to be having a blast together and many think he will eventually propose.

It was a long road getting there, but Peter did find love. Now, everyone has to wait until March to find out exactly what Peter has to say about his eventful season. Stay tuned.