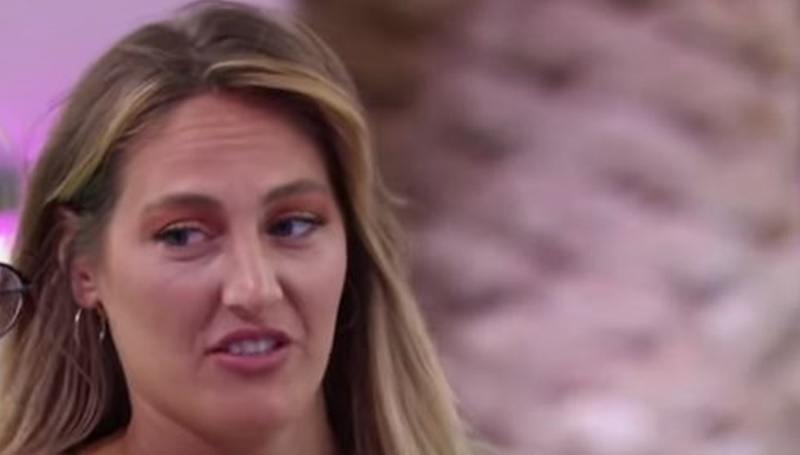 Love Island fans grew really irritated with Moira on this week’s episode of the show. Kierstan moved on from her original meetup with Carrington, which pleased CBS fans greatly. After all, they disliked him from the very first episode. Now things look quite good between her and Bennett. But Moira goes after him and fans just can’t with it.

Recall, Moira got in Kierstan’s face when she seemed interested in Aaron. So, Kierstan backed off. And now, it looks like Moira shows way too much interest in Bennett. Fans start wondering what’s up with Moira and Kierstan. After all, after discouraging Aaron and Kierstan, she then coupled up with Aaron. And now she sees Kierstan coupling with Bennett, she suddenly gets all interested in him. Surely, she slides into yet another of Kierstan’s relationships.

On Love Island, Moira seems unable to hold onto her own relationships. And, she pretty quickly got rid of Aaron after she took him away from Kierstan. So far, Moira worked her way through James McCool, Calvin Cobb, and Aaron Owen.” Then, she went with Connor Trott and then back to Calvin. But, as Meaww explains it “in a twist that we wish we could say nobody saw coming, Moira Tumas declared her sudden interest in Bennett Sipes.”

Fans fed up with Moira chasing after Kierstan’s men

Over on Twitter, fans grew very angry about Moira. She seems incredibly good at splitting up the other women, before moving on to kill yet another relationship. One fan commented, “Moira…. leave Kirsten’s man alone.” Then, another one noted, “Pls… Boot Moira Off. Homegirl Cant Find A Man In The Villa To Save Her Life, She Should’ve Been Long Gone. Plus She Keep Scoping Out Kierstans Love Interest.”

I think it’s kinda shady how Moira is going after Bennett, when she basically told Kierstan to stay away when she was pursuing Aaron🌚#LoveIslandUSA

One comment from a Love Island fan referred to Kierstan as a “black widow.” Angry, they wrote in part,” You are a dusty broad!! Keirstan hand fed your dried up love life Aaron and you let him go. Now she finally has her second guy and you want to make him your 5th?!! Go cry in a corner you black widow!”

Then, another critic noted, “So Kiersten avoided pursuing Aaron because Moira liked him and Moira is her friend. now Kiersten is fully coupled up with Bennett and Moira is now pursuing him, a little hypocritical much?”

CAN WE PLEASEE GET MOIRA OUT OF THERE SHE’S JUST………….
I DON’T EVEN KNOW, BUT SHE GETS ON MY NERVES!!! #LoveIslandUSA #LoveIsland pic.twitter.com/oa4XGvJyR0

Actually, plenty of Love Island fans just want Moira off and out of the show. Some of  them described her as nothing more than a “homewrecker.”

What do you think about Moria sliding into Kierstan’s relationships? Do you agree that she seems like a homewrecker? Sound off your thoughts in the comments below.