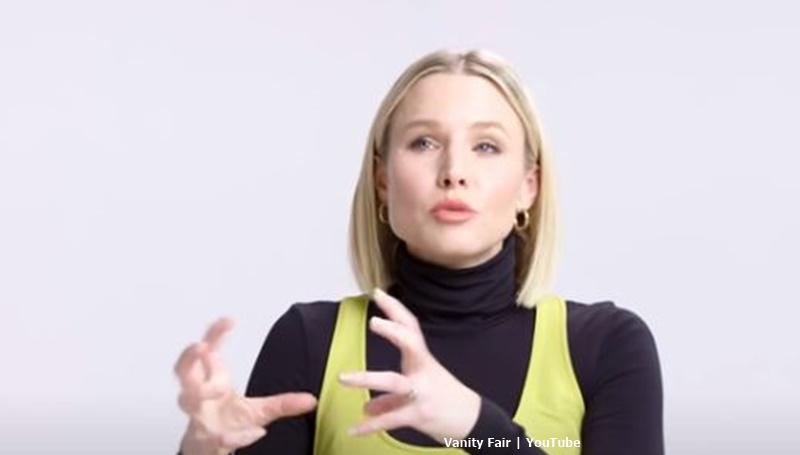 Kristen Bell returns as the voice of a new Gossip Girl. The show premieres on HBO max next year. But, other news came out and it involves her husband. Dax Shepard accused her of peeing in his new car. Notably, its a brand new black Dodge Charger Hellcat. But, she won’t apologize for it.

Kristen Bell features in the car apparently taking a pee

Dax shared about the peeing incident on his Instagram. He captioned it with, “The most important part of this photo isn’t that my bride @kristenanniebell is peeing in the car, it’s that the car is 36 hours old!!!! So much disrespect that I almost have to respect it.”  In the photo, looking rather awkward, Kristen contorts herself and pees in a cup. Of course, plenty of fans talked about Kristen and her restroom act in the car. But she said, “I dont eff with public restrooms during a pandemic. Sorry not sorry.”

Meanwhile, Kristen Bell fans noted that she at least peed over the mat. But, Dax joked, “Oh you think that was her idea?” Other fans wondered how angry Kristen felt about Dax sharing the photo. But, she seemed okay with it, and he probably asked her first.

Inquisitr noted that an Instagram user advised Kristen to bring some “diapers with her to stick in her pants when she’s traveling.” The outlet reminded followers that “earlier this year, The Good Place actress revealed that her 5-year-old daughter Delta was still wearing diapers.” So, they surmise she may have some handy.

Everyone, at some stage or another, really needs to go. So, many fans understand exactly how she felt. And, admittedly, COVID-19 makes everyone feel a bit cautious in public restrooms. After all, the problem became addressed by notices, tips pages, and even universities. Health Harvard website reports, “Given the choice between using a public bathroom and doing anything else, some people will always choose the latter.” But everyone should decide on their own feelings about risk factors.

“The coronavirus requires each person to assess each situation,” says Dr. Todd Ellerin, director of infectious disease. Well, it certainly looks like Kristen Bell made her own assessment and struck public restrooms right off the list in life. Many fans joked about and enjoyed the funny moment. Plenty of amusing comments pourred in on the popular post that garneed 196k likes already.

Some funny comments about Kristen Bell peeing in the car

One fan joked, “lol, pretty hilarious you captures this glorious moment though! #DadBeast5000 coming through in the clutch.” And another one wrote, “I guess that’s her seat for life cause she claimed it. Similar to licking the door handle just a bit more territorial 😂.”

What did you think of the post revealing Kristen bell peeing in Dax Shepard’s new car? Did you ever need to do that? Sound off in the comments below.