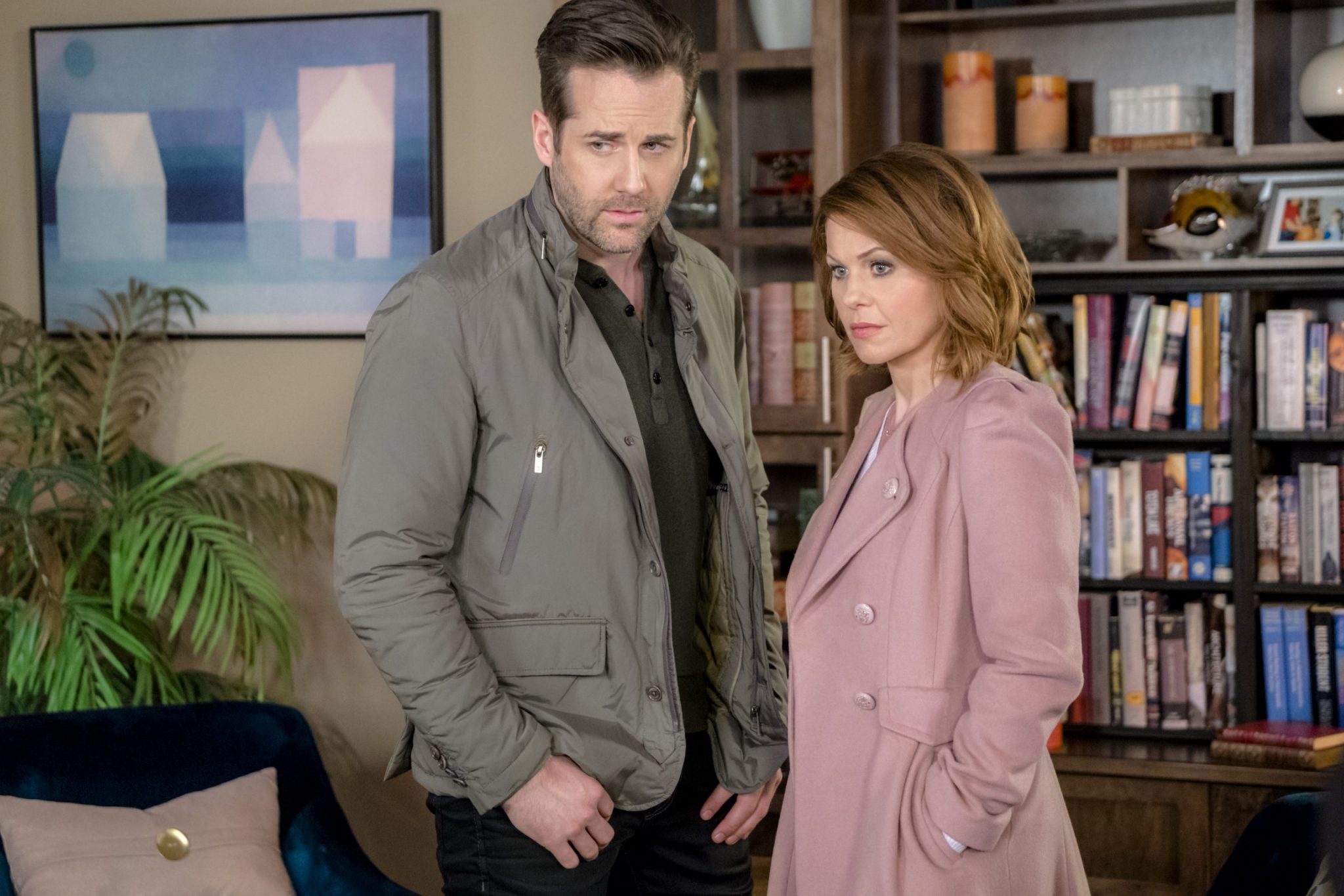 Hallmark mystery fans have waited a very long time. Aurora Teagarden is back with a new mystery, Reunited And It Feels So Deadly. Candace Cameron Bure (Fuller House) returns as the iconic librarian and sleuth, along with Niall Matter (Country At Heart) as her new fiancé Nick Miller, and Marilu Henner (Taxi) as her mom, Aida Teagarden.

When will Aurora return?

What Is Aurora Teagarden Mysteries: Reunited And It Feels So Deadly About?

The new Hallmark Movies and Mysteries offering, Aurora Teagarden Mysteries: Reunited And It Feels So Deadly, will be premiering on Sunday, October 18. According to the Hallmark press release, the newly engaged Aurora Teagarden is headed to her  20-year high school reunion. In tow at Lawrenceton High School is her new fiancé, Nick.

Before she gets the chance to show of her ring to the mean girls from her school, or even begins to act like a bridezilla, there is a murder. The former Prom King has been murdered. The clever Ro already has three possible suspects.

Now, it is time for the Real Murders Club to reunite! Her ever faithful friend Sally (Lexa Doig) needs to help her figure out who could have murdered this guy.

Now, as she works on solving this mystery, Aurora Teagarden has to face her past. Most of all, she questions her upcoming nuptials. Will getting married to Nick change their relationship? Will it change her feelings about her fiancé?

Aurora uncovers some personal truths as she finds out who actually is responsible for this murder.

Candace Cameron Bure In The News For Intimate Instagram Photo

In early September, Christian fans were enraged by a photo that Candace Cameron Bure posted on her Instagram. It was a photo of her husband of 24 years, former hockey player Val Bure, standing next to her. His hand was on her boob.

She did not think it offensive, but found the attention interesting. She sees no reason for the criticism. The Fuller House actress later told Fox News, that “We have fun and we are spicy together.”

When Can You See Hallmark’s Aurora Teagarden Mysteries: Reunited And It Feels So Deadly?

Aurora Teagarden Mysteries: Reunited And It Feels So Deadly premieres on Sunday, October 18 at 9 p.m. EST time on the Hallmark Movies & Mysteries Channel. Encore showings are on Wednesday, October 21 at 9 p.m., all times EST. Always check listings in case of a schedule change.

The reason for the short schedule is that Countdown to Christmas will start on Friday, October 23. So, set your schedule and your DVRs. Aurora Teagarden is coming back soon!

Candace Cameron Bure Says She 'Had No Shame' Posting PDA Pic: ‘We Have Fun And We’re Spicy Together’ (via @Fox411) https://t.co/KhNeLnWBUR

When Did Aurora Teagarden get engaged to Nick Miller? That was in the last movie, Aurora Teagarden: Heist And Seek. Nick spent all of the episode trying to propose to the clever librarian. But, she was too busy trying to find out who stole a rare Tudor crown. This aired back in April, but if you missed it, Hallmark Movies & Mysteries will have an encore showing on Sunday, October 18 at 7 p.m. Eastern. This is right before Reunited And It Feels So Deadly!