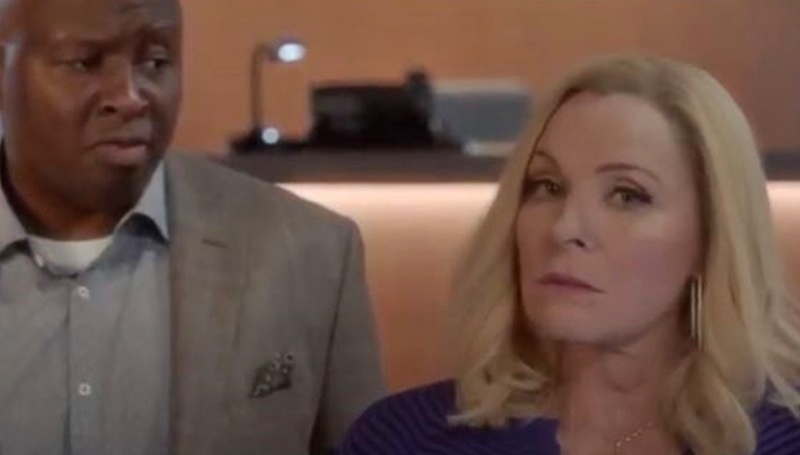 Filthy Rich premiered on Fox on Monday, September 21. Starring Kim Cattrall, one fan described it as “basically a white version of Empire.” But, admittedly, it’s better than the original New Zealand version. Meanwhile, other people who watched it get the feeling that it’s similar to Greenleaf on OWN TV.

Filthy Rich – fans, and media compare it to other soaps

Fox recently announced the return of The Masked Singer, which made fans happy. They simply love the show and return to it time after time.

However, the new soapy, Filthy Rich, didn’t really differ much from existing storylines, many people felt. Over on social media, mixed reactions came from the audience. One fan suggested that it’s “just a white version of Empire.” They added, “At least it is slightly better than the original #NewZealand series, which was admittedly dull to begin with.”

Another fan likened it to Greenleaf on OWN. They noted, “im getting a @GreenleafOWN feel, just in a different shade of color! Im not buying it! Too soon to duplicate!! #notwatching.” But plenty of people might enjoy Filthy Rich if they watched The Righteous Gemstones. Bustle suggests that it “bears a loose resemblance to Danny McBride’s HBO comedy.” The Righteous Gemstones also follows “an ultra rich televangelist family beset by scandal.”

Okay, #FilthyRichFOX is messy, soapy, so dramatic, And I think it’s exactly what I need these days. pic.twitter.com/YqEb6SdMZQ

Plot and storyline of the new Fox soap

The basic storyline for the adapted primetime soap involves the Montreaux family who runs the Sunshine Network Christian TV channel. Massively wealthy, the premiere revealed Kim Cattrall, who plays the role of Margaux, as the matriarch of the family.

At one point, she storms out of a burning house muttering, “Rot in hell!” Bringing all the hallmarks of a long-lasting soap, fans see incestuous flirting, and a “secret sibling runs an X-rated website called SinWagon.” Full of drama and not a lot of actual reality, it nevertheless likely keeps fans tuning in.

2020 brought a horrid year, and escapism might be very welcome with the advent of Filthy Rich. While some complained that it seemed too similar to other shows, lots of people liked it. On Twitter, one person wrote, “IT WAS AMAZING!!!! Just what we needed!! Thank you @KimCattrall.” Then, another fan commented, “Ok, I think I’m gonna enjoy #FilthyRichFOX ! Kim Cattrall owns this role.”

The extended trailer on YouTube reveals that when the main man dies, the family doesn’t get the money hoped for. It’s a 2.2 billion church. So, the kids seem unhappy that they only got a million each. And, theories arise that the plane that killed him somehow became part of a murder plot.

What did you think of the premiere of Filthy Rich on Fox? Is it too similar to other soaps? Sound off in the comments below.