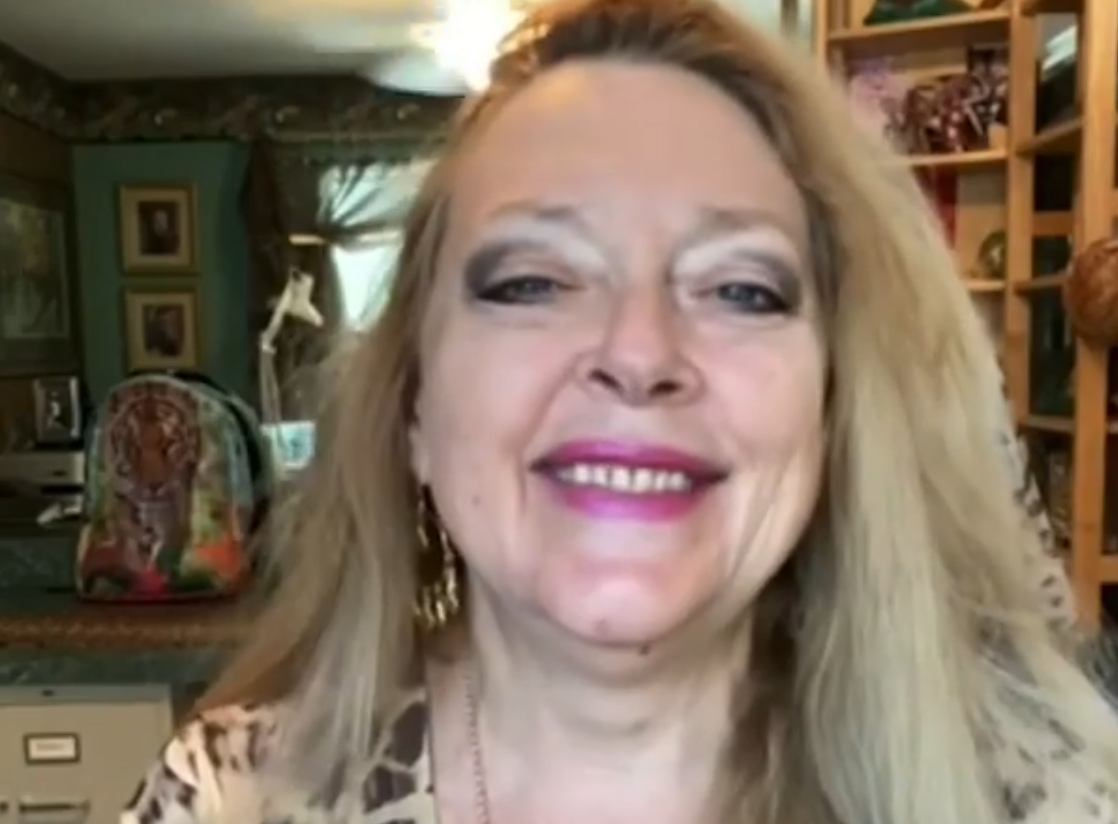 Carole Baskin, who gained her fame from Netflix docuseries Tiger King, is now on Dancing With the Stars. She made her DWTS debut a week ago with pro Pasha Pashkov. The duo danced the paso doble to Eye of the Tiger by Survivor. Of course, Carole would opt for a cat-themed song as she runs Big Cat Rescue. She was all decked out in leopard print, as expected. When she met Pasha, she even gave him a flower crown, which is part of her signature look.

Her performance gained a lot of attention, and some viewers weren’t really feeling it. Carole and Pasha only scored an 11. But, there’s a new opportunity each week, as long as she sticks around. On Good Morning America, Carole talked about the negative response to her performance. She said, “About 75 percent of the comments were really hateful and cruel which tells me people just don’t know me at all. As long as it keeps the cats in the spotlight I’m more than happy for people to make all the rude comments they want.”

Now she’s hoping to use the second episode of the show to redeem herself.

Carole Baskin talks about redeeming herself

On Tuesday morning, Carole chatted on Good Morning America. She says, “I’m so excited to have this opportunity to redeem myself on the dance floor.”

The pair will be waltzing this time around. We’ll have to see whether Carole and Pasha can truly redeem themselves. Once again, Carole will be rocking an animal print outfit. This time, she’s wearing a gold floor-length gown with some animal print detailing. Fans will have to wait to hear the song she and Pasha chose.

Carole Baskin opens up about her 1st week on #DWTS!@DancingABC@ReeveWillhttps://t.co/shidnvjhYN pic.twitter.com/l7M6G0LIho

Carole opens up about Tiger King on DWTS

In a preview from the second episode, Carole opens up about how the Netflix docuseries transformed her life. She got a lot of backlash after the show first went to Netflix. This is mostly due to her husband’s mysterious death. In 1997, her husband Don Lewis disappeared. Many people seem to think Carole had something to do with his death.

In a tearful clip from the upcoming episode, she talks about the “worst” of being featured on Tiger King.

On Dancing with the Stars tonight at 8|7c on ABC, Carole Baskin reveals life after Tiger King. #DWTS

His family is searching for answers, and they even paid for a commercial about Don during DWTS. They’re hoping to get answers about what happened to him.

So, do you think Carole Baskin is a good fit for Dancing With the Stars? Share your thoughts below.

Don’t miss the new episode of ABC’s DWTS which airs at 8/7c.