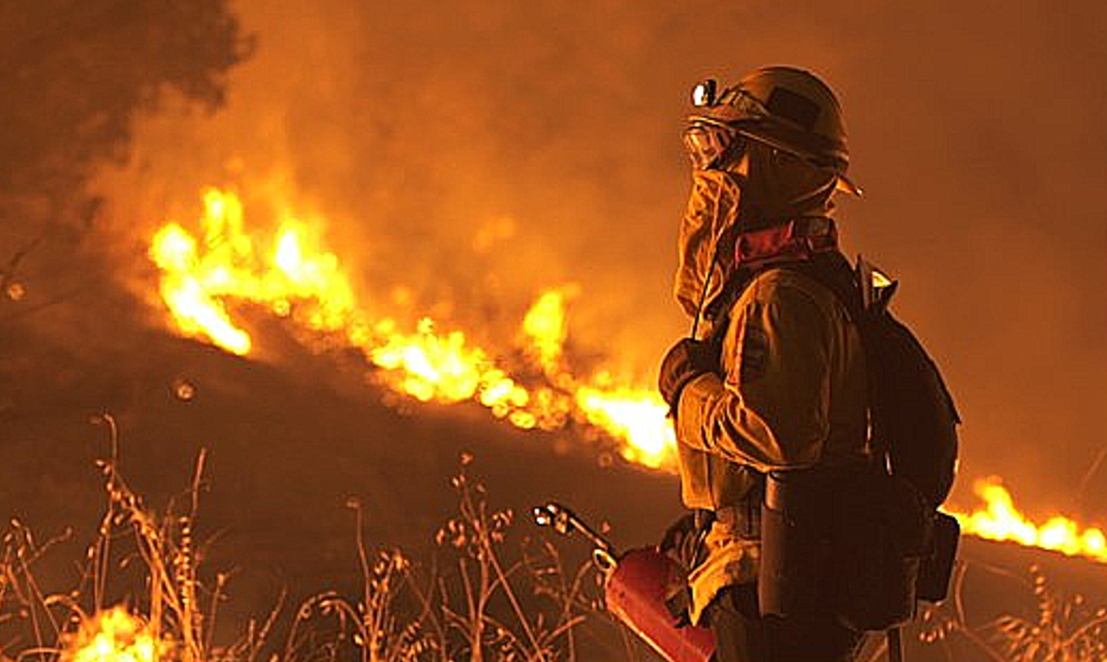 Tonight an exclusive preview of a new series titled Cal Fires for Discovery will show the steady increase and destructive paths of wildfires in the Golden State of California. TV Shows Ace has an exclusive review below that reveals the growing threat that fire has on urban and rural populations, and on wildlife.

Now, the fires this year top the previous and are considered the worst in the state’s history.

What to expect on Cal Fires

The men and women fighting on the frontlines are risking everything, and Discovery Channel, in partnership with Cal Fire, will bring their battle on the fire lines to viewers at home in the brand-new multi-platform series, Cal Fire, premiering 4Q 2020.

The network will reveal the first episode tonight, Tuesday, September 22 that delivers an all encompassing look at the wildfires raging and still ablaze throughout California.

Viewers can follow the heroic firefighters during wildfire season now on the GO Original series CAL FIRE on the Discovery GO app or at Discovery.com/CalFire.

In the series, multiple camera crews have been embedded with Cal Fire’s frontline firefighters across the state – from Shasta in the North to San Diego in the South for the past three months, deploying cutting edge technology including fire-resistant helmet cameras to bring viewers an ultra-immersive perspective on the blazes. Crews had to undergo “Red Flag” training and were equipped with special protective gear in order to accompany the firefighters on the fire lines. During California’s most destructive fire season ever, Cal Fire has deployed all of its 7,000 firefighters, and the worst is likely yet to come as they prepare for the fast-approaching Santa Ana wind season in Southern California. With more than 3.5 million acres burned, 6000 homes destroyed, and more than two dozen lives lost, Cal Fire is waging war on the catastrophic fires.

The series will examine backstories and the behind the scenes moments with the men and women of Cal Fire who have sacrificed their own lives to protect others.

Many firefighters haven’t been home or have even seen any of their families in weeks as they work putting the public’s needs above their own and do everything possible to ensure the public’s well being and safety.

“California is experiencing one of the most catastrophic fire seasons in the state’s history and we felt a responsibility to bring the heroic stories of those fighting on the frontlines to our viewers,” said Nancy Daniels, Chief Brand Officer, Discovery & Factual in a press statement. “These courageous men and women put their lives on the line everyday battling wildfires and dealing with effects of climate change first-hand.”

Also Tim Edwards, President, Cal Fire Local 288 says: “The men and women of Cal Fire are working round the clock to keep the people of California safe. We are gratified that Discovery has recognized our sacrifice and contribution by making this series.”

Executive Producer Terence Wrong adds: “Cal Fire is one of the country’s most elite firefighting and rescue agencies, recognized the world over for their ability to respond to natural disasters. We are honored they chose us to showcase their work and tell their story.”

In addition to watching the series on Discovery, viewers can check out new episodes of CAL FIRE each week on the Discovery GO app. Viewers can follow these heroic firefighters during wildfire season now on the GO Original series CAL FIRE, available on the app or at Discovery.com/CalFire.

Have a look at TV Shows Ace exclusive preview here:

DISCOVERY CHANNEL AND CAL FIRE TAKE VIEWERS TO THE FRONTLINES OF CALIFORNIA’S WILDFIRES IN BRAND-NEW SERIES, ‘CAL FIRE,’ which comes in 4th Quarter of 2020

AN EXCLUSIVE FIRST LOOK OF THE SERIES WILL AIR TUESDAY, at 10 PM ET/PT  SEPTEMBER 22, 2020 on Discovery