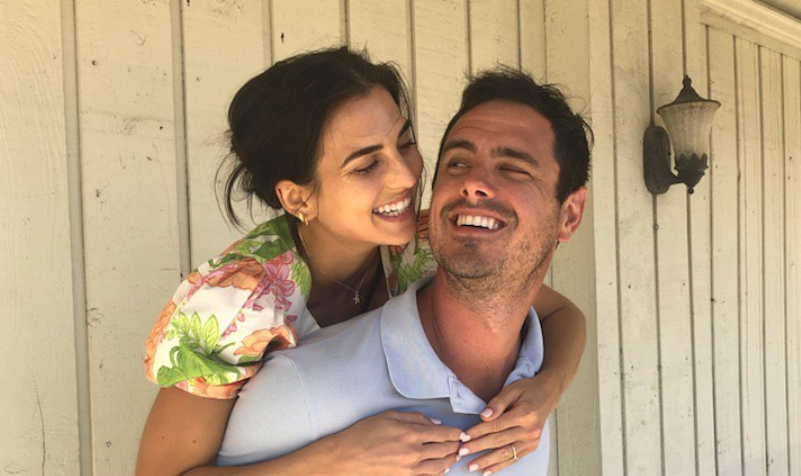 It seems like all the Bachelor and Bachelorette leads eventually put pen to paper to recount their story for the masses. Ben Higgins says his new novel is not just dishing inside information about The Bachelor. During a recent cover reveal, he discussed his book, Alone in Plain Sight: Searching for Connection When You’re Seen and Not Known. The cover features a stoic looking Ben in black and white and mentions he’s the co-founder of Generocity Coffee.

At the heart of it, it’s a story about a fear of rejection. Higgins said when it came to a tell-all about his reality television experience, he couldn’t do that for his first book. He was looking to write something deeper. Higgins wants fans to know his book, “isn’t just a bunch of meaningless clichés or platitudes.”

Ben Higgins said he really wanted to write something that mattered. He said he wanted to write, “something raw and honest, and nothing matters more to me than addressing something I’ve felt deep down my entire life.”

Higgins said his goal with the book according to People is to connect through stories of shared pain. He said the book is for those like him who struggle with life’s disappointments and questions that have no answer.” Opening up about his feelings of not belonging on national television encouraged strangers to share their struggles.  Ben thinks the strongest connections come from sharing pain and suffering with each other.

He went on to say the hardest times can cause the most growth. He truly thinks the stories he’s sharing will, “connect us all, help us learn more about ourselves, and hope that we can all discover the true story of us.” In an Instagram post where he shared his new book, he said he wanted people to feel less alone. It is a love letter to everyone.

2 years ago I sat down to start writing something I wanted to truly matter for the reader. 2 years ago I started a journey that would unexpectedly turn into the most vulnerable and raw experience of my life. Today I can finally start sharing this experience with all of you. My hope is that you read this book feel less alone, recognize you are loved, and believe that you matter. This is my love letter to all of you and I hope you know I’ll accept it.

The Star Has A Crippling Fear Of Rejection

Ben Higgins said, “For most of my life, I’ve felt like an outsider. Like the kid who never gets invited to the party but is stuck looking in through the window while everyone else has a great time without me.” He said the fear of being rejected stems from childhood and followed him to adulthood. He said his book is for anyone who, “felt alone, isolated, misunderstood, and hurt.”

Higgins says they are not alone and wants them to know it. Higgins began dating his now fiancé, Jessica Clark, in 2018 after messaging her on Instagram. This proves he got over his fear of rejection, at least a little. He told People, Clarke didn’t watch the show when it re-aired for The Bachelor: Greatest Seasons Ever!

He said, “she’s not watching. She doesn’t plan on ever watching. I’m pretty okay with it.” Ben’s book will be out in February 2021.