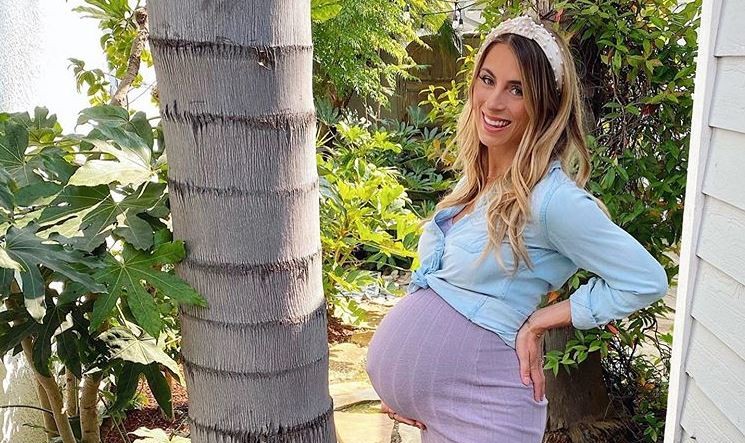 She is finally here! After much waiting and anticipation, Tenley Molzahn’s baby is here! Fans have been waiting and watching social media for updates on her pregnancy. Her last post on Instagram had fellow Bachelor alums and fans talking and hoping she was in labor. And, it looks like she was!

Tenley and Taylor welcomed their daughter to the world

E!News shared details about their new bundle of joy. Tenley gave birth to their new daughter on Sunday, September 20 at 4:08 a.m. And, the name Tenley and Taylor chose for their first child is simply adorable. They chose Rell Jaymes Leopold. Their little miracle weighed 6 pounds, 14 ounces at birth and was 20 and a quarter inches long.

So, what is the meaning behind the unique name they have chosen? Taylor and Tenley said, “We were inspired with the unique name, Rell, by a beloved legendary female Hawaiian surfer, Rell Sunn. She was known as a joyful light to her community, and we have been praying for this for our girl since the day we found out we were expecting her.”

And, Rell is also named after Tenley’s grandfathers who were Jay and Robert James.

The hints Tenley shared on Instagram were absolutely true. She went into labor on September 19. It was late evening when she shared the beautiful photo and said, “Let’s bring some magic into this world babe! ✨.”

She went to Instagram today to also share the news. She posted a perfect photo of her new family of three. Tenley said, “We’ve be completely captivated & swept off our feet in love with our precious baby girl, we haven’t gotten around to introductions. Please meet our little beauty,
Rell Jaymes Leopold. (More in my stories about her name & more birth details!) We are soooo in love, she’s absolute perfection. 💕 Now here comes the baby spam and all the story telling!”

We’ve be completely captivated & swept off our feet in love with our precious baby girl, we haven’t gotten around to introductions. Please meet our little beauty, Rell Jaymes Leopold. (More in my stories about her name & more birth details!) — We are soooo in love, she’s absolute perfection. 💕 Now here comes the baby spam and all the story telling!

Her pregnancy and Bachelor past

Tenley and Taylor announced her pregnancy news in March. She and Taylor married over two years ago. Tenley shared the news of her pregnancy online with fans. She has tried to remain positive throughout her pregnancy. However, like everyone, she has had some rough and emotional days. The hard days were well worth it as she snuggles her new daughter close.

Tenley made her Bachelor debut in 2010. She tried multiple shots at finding love on the franchise. Eventually, she gave up and found true love on her own. Tenley is incredibly happy and in love with Taylor. They are excited to start this new journey of parenthood together. Congrats to them on their new precious miracle.

New Netflix Show ‘Sexy Beasts,’ You Have To See It To Believe It
Adam Busby Tricks Blayke, Lily, & Kenzie Into Eating Dog
Wait, Why Isn’t A New Episode Of ‘Extreme Sisters’ On?!
Wait, Is Loki Bisexual?! Disney Plus Drops Bombshell On Fans
‘Outdaughtered’ Uncle Dale Gets The Best Father’s Day Gift Ever