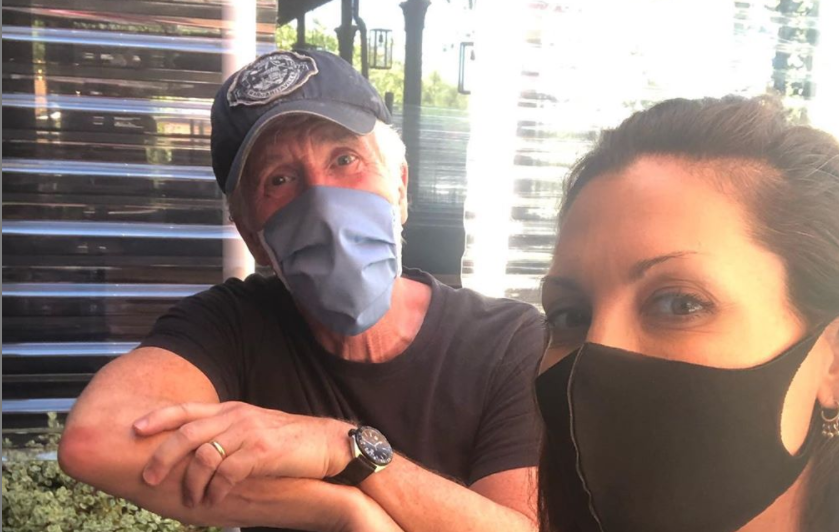 Tom Bergeron, former host of Dancing with the Stars, found a therapeutic way to take out his rage. He cursed all things 2020 as he swung a baseball bat with his trainer, Jessi Laird.

Bergeron was replaced as host of DWTS by Tyra Banks earlier this year. This move angered a lot of fans. Tyra Banks told People, she knew what she was coming up against. Banks said, “I can’t come in with a battering ram and try to change everything.”

She also said she knew she had some big shoes to fill. Tyra said, “I have respect for him. And when the network called me, I sat on it for a very long time, because I knew what Tom had done.” Tyra went on to say she scrapped a lot of the ideas she had and listened to the fans on what they wanted.

But, the sixty-five year old did not rage about being let go as the host of DWTS. When asked about it in the comments, he did respond. Other things he listed as upsetting him was Mitch McConnell being a hypocrite and hiking trails being closed.

Where Did Tom Bergeron Go To Smash Things?

Along with his trainer, Tom Bergeron went to the Rage Ground in LA according to the Inquisitr. He wore a gray jumpsuit, thick black gloves, and an orange hardhat. His trainer is yelling in the background encouraging him to really break things.

There were lots of things to destroy in the room including umbrellas and barrels. Bergeron also threw a glass bottle at the wall as loud music played in the background. He told fans that the process was totally invigorating.

He Interacted With Fan Comments Afterwards

One of his followers eagerly agreed with his choice of exercise. They said, “Frankly, I think 2020 is THE year for smash rooms. I feel a daily need to smash.” Some fans still are staying loyal. One posted, “I want to hang out with you! And you are a total class act. But as much as I love the pros I will not watch the show anymore.” Another said he should be smashing a mirrorball.

Tom Bergeron is gracious about his replacement on DWTS. One commenter asked, “Can you throw some bottles at a Tyra Banks poster?” Tom responded, “Nope, nothing against Tyra. I teased the mirror lip poster, but that was having a laugh at the marketing, not personal.”

Hopefully fans of DWTS will take a page out of Tom’s book and just enjoy the new season. Like Tyra said, “We need to exhale, turn off the news and turn on the fun. And we need to dance.” DWTS airs tomorrow night before returning to Mondays in the remaining weeks.