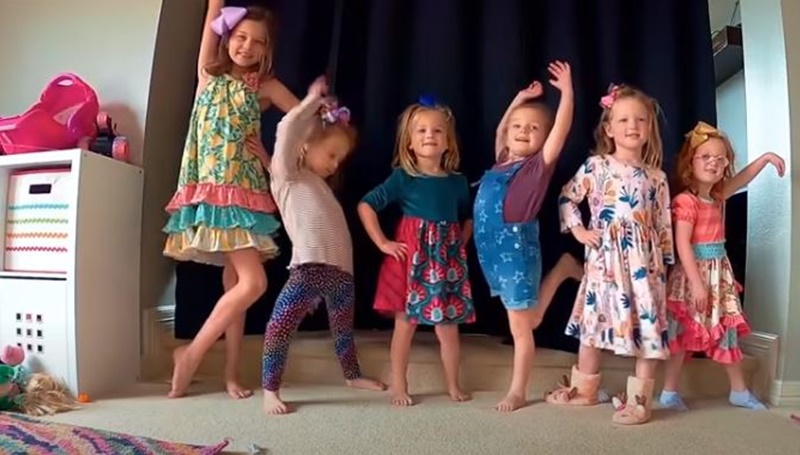 OutDaughtered fans see the Busby quints eating sweet treats on their outings. And, they often see photos of the kids sitting around the table when their parents discuss important issues. Then, they know the quints enjoy a good slice of pizza. But Danielle just revealed their favorite meal that gets them jumping for joy.

We reported that after the first week of back-to-school, the family “went out to a diner for a special meal.” There, they sat outside and tucked into their delicious-looking pizza. Actually, treats like pizza proably take a bit of a load off cooking for eight every day. They also enjoyed some “sugary treats” on the Friday. But, Daneille revealed that when they stay home, the quints favor one meal in particular.

It seems the entire family welomes one great home-cooked meal that Daneile prepares for them. The OutDaughtered mom shared a couple of snaps on her Instagrm Stories on Sunday this week. She also showed a small clip of the quints running and jumping as she talked about their favorite meal. Certainly, they sounded very excited about it.

Favorite food in the Busby house

In one shot, Daneille shared a photo of chicken drumsticks. In the caption, she noted it’s the “girls favorite.” Then, in the video, she captured the kids running around chanting “chicken bones” as she asked them “what’s for dinner tonight?” Daneille explained that kids call chicken drumsticks, “chicken bones.” Actually, chicken’s a great food choice for kids. Even for babies who transition from milk to solids, according to the Jessica Coll Blog.

The OutDaughtered quints enjoy their tasty and nourishing chicken drumsticks so much that they really look excited about their meal. But, a fascinating article from 2014 points to a study that suggests chicken drumsticks might cause “behavioral problems.” The study carried out by Cornell University showed that kids might get rowdy if they eat meat off the bone. 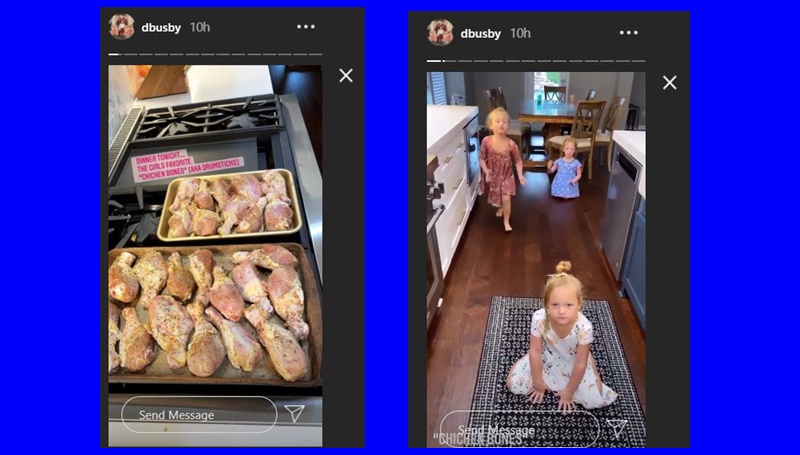 Is it really okay to feed kids drumsticks?

Danielle does nothing wrong when it comes to feeding the kids chicken as it’s very nutritious. But “Professor Brian Wansink, PhD” noted, “biting requires the… same muscle used in a grimace of aggression.” This might lead them “to behave aggressively.” Apparently, kids who eat chicken off the bone seem way more rowdy afterward. The study even suggested that anything where people use their front teeth to bite might cause aggressive behavior.

They noted that other foods requiring the aggressive muscle include “corn on the cob…sliced melon…[and] whole apples.” As the OutDaughtered kids simply love their chicken bone dinner, Danielle’s not likely to toss it off the menu. But, it sounds like a rather interesting study. Do you agree? Sound off your thoughts in the comments below.

‘RHOBH’ Dorit Kemsley Reunites With Her Mother Nearly A Year Later
TLC’s ‘I Love a Mama’s Boy’ Premieres Tomorrow: What To Expect
‘I Love A Mama’s Boy’ Premieres Colt Johnson-Free But Fans Are There For It
Bethenny Frankel Claps Back At Tyra Banks
Tori Roloff Shares Adorable Pics Of Jackson Loving Teeter, The Chicken