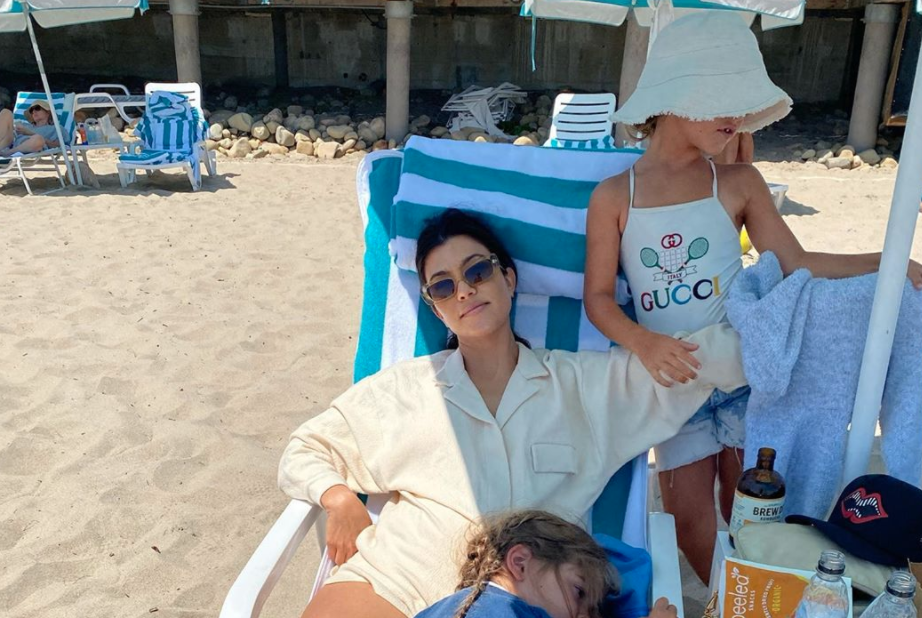 Kourtney Kardashian has always had interesting ways of parenting. These can be seen often on Keeping up with the Kardashians. Now, she is diving deeper into how she actually cares for her three children.

Kourtney is the mom to three children, Mason, Penelope, and Reign. According to Hollywood Life, she is talking to her sisters about how she parents them. Apparently she has it broken down into five different categories.

“The 5 A’s of good parenting: Attention, Appreciation, Affection, Acceptance, Allowing,” she says. “When these are met in children, they are able to have secure attachment relationships later in life.”

She sent that to her sister’s in a text chain and they seemed to agree.

In past episodes of Keeping up with the Kardashians, Kourtney has been ridiculed a bit for her strict parenting style. However, by the sounds of this text chain, there are some things her sisters are actually able to agree with her on.

Lately, Kourtney and Scott Disick have been closer than ever. Scott is Kourtney’s baby daddy, and they dated for over ten years. Scott was just in a relationship with Sofia Richie, however, that ended this summer. Now, fans are wondering if Kourtney and Scott are going to get back together.

However, a source says that right now, this is not the case. Apparently Scott is really focusing on himself and his family right now. He isn’t trying to find a relationship. A source says though that doesn’t mean he doesn’t and won’t always have feelings for Kourtney Kardashian.

Apparently, he just likes where they are at right now when it comes to co-parenting. Honestly, at the end of the day, what really matters is the children’s happiness. It’s good that Scott can put his romantic relationships to the side for now and focus on bonding with his three children.

Allegedly, this was one issue when it came to his relationship with Sofia Richie. She apparently had a hard time accepting that he would often have to put his kids before anyone else. Hopefully if they next person he dates isn’t Kourtney, he will find someone that can also accept his love for his children.

Do you want to see Kourtney Kardashian and Scott back together again? Let us know in the comments below. Come back to TV Shows Ace for more news on your favorite Kardashian family members.