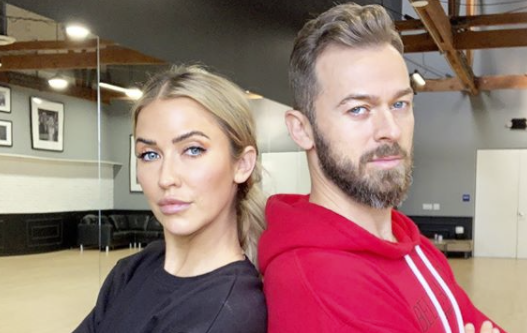 Dancing With The Stars Season 29 week 2 kicks off tomorrow night. Are you ready for another night of entertainment and wonder? Read on to see what great routines are in store this week!

Tiger King star Carole Baskin’s routine definitely fell flat during the season premiere. Her Paso Doble to “Eye of the Tiger” just wasn’t cutting it for anyone. The judges gave her and Pasha Pashkov a measly 11 points and fans quickly expressed disappointment with her online.

However, it seems Baskin is going to keep up with the cat puns. This week, she will perform a Viennese Waltz to “What’s New Pussycat.” DWTS fans are quickly growing tired of this gimmick.

Celebrity contestants Skai Jackson and Justina Machado are tied for first place and everyone is excited to see what they will do next. Skai and Alan Bersten will Samba to “Miss Independent” by Neyo, while Justina and Sasha Farber will Rumba to a beautiful duet. Their song this week is “When You Believe” by Whitney Houston and Mariah Carey.

Chrishell Stause and Gleb Savchenko also failed to impress DWTS judges last week, but are giving it their best shot this time around. The pair will perform the Rumba to “This is Me” from The Greatest Showman. Stause recently posted a scene from rehearsals on her Instagram page.

“Such progress todayyyyyyy!!! This Is Me from the Greatest Showman is one of my favorite songs of all time and I am actually more excited than nervous this time around to dance for you guys!” the Selling Sunset star wrote.

Such progress todayyyyyyy!!! This Is Me from the Greatest Showman is one of my favorite songs of all time and I am actually more excited than nervous this time around to dance for you guys! (Don’t forget the show and live voting is TUESDAY this week only. Then back to Mondays.) I am having SO much fun!!! 💃🏻💃🏻💗 #DWTS

Charles Oakley and Emma Slater didn’t seem to impress judges last week. But they are hopeful their Cha Cha to “Never Too Much” by Luther Vandross will turn things around.

Nev Schulman and Jenna Johnson will Cha Cha to “Dynamite” by BTS, while Nelly and Daniella Karagach will perform their routine to Earth, Wind & Fire’s “Let’s Groove.” Jeannie Mai and Brandon Armstrong’s Cha Cha is to “Roses” by SAINt JHN.

DWTS fans fell in love with Kaitlyn Bristowe and Artem Chigvintsev. This week they will attempt the Foxtrot to Lee Ann Womack’s “I Hope You Dance.” Vernon Davis and Peta Murgatroyd do the Foxtrot to “We Found Love!” by Rihanna and Calvin Harris.

Anne Heche and partner Keo Motsepe are Foxtrotting to “Counting Stars” by OneRepublic and AJ McLean and Cheryl Burke will do it to Dean Martin’s “Ain’t That a Kick in the Head.” Jesse Metcalfe and Sharna Burgess are the final Foxtrotting couple and will perform their routine to “Dreams” by Fleetwood Mac.

Cheer star Monica Aldama and partner Val Chmerkovskiy will tackle a Jive to Taylor Swift’s “Shake It Off.” Meanwhile, Johnny Weir and Britt Stewart will Tango to “Poker Face” by Lady Gaga.

Which routine are you looking forward to the most? Be sure to let us know and tune in to Dancing With The Stars for week 2 tomorrow night.