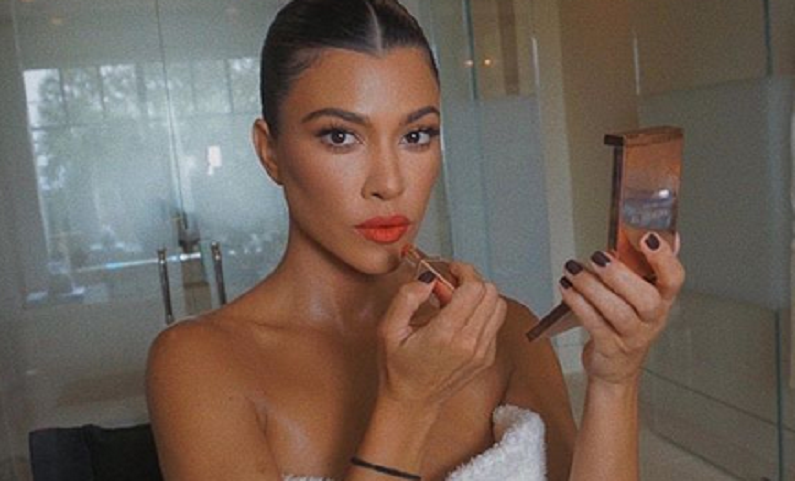 Kourtney Kardashian doesn’t care what the haters think of her friendship with Addison Rae. She brushed off an Instagram user who criticized her. As TV Shows Ace previously reported, most KUWTK fans find their close bond “weird.” There’s a 21-year age difference between the two social media stars.

Kourtney and Addison’s friendship is one of the most surprising things to come out of 2020. And it’s been a strange year as it is. Kourtney is a 41-year-old entrepreneur and mother to three children, while Adison is a 19-year-old TikTok influencer. Fans wonder what the two have in common. They’re also growing tired of their bikini-clad photo shoots on Instagram.

Kourtney Kardashian responded to criticism over her friendship with Addison Rae

The Poosh founder remains unbothered. On Saturday, September 19, Kourtney Kardashian shared a series of photos of herself with Addison Rae. The photos feature the two hanging out in their bikinis once again. KUWTK fans find it creepy that they always hang out in next to nothing.

Many fans took to the post to share their thoughts on their friendship. One fan wrote, “this friendship weirds me tf out,” to which another replied, “she’s 41 and she’s hanging around with 19 year olds in swimming pools.” But Kourtney remained unbothered. She asked the Instagram user if they had any ideas.

“Do you suggest a better place,” she wrote, adding, “I’m looking for ideas…”

But that didn’t stop the criticism. “This will never stop being weird,” another fan chimed, while another user said, “I can’t iamgine what their conversations are made up of.” Most of Kourtney’s fans questioned Kourtney’s friendships with much younger people. In the past, Kourtney dated Justin Bieber and Luka Sabbat. She even became good friends with Sofia Richie when she dated Scott Disick.

Is their friendship a PR stunt?

Kourtney Kardashian and Addison Rae became friends earlier this year. The Keeping Up With the Kardashians alum took the teen under her wing after her son, Mason Disick, wanted to improve his TikTok skills. Ever since then, Kourtney and Addison have grown close. Since the pair are unlikely friendship, fans wonder if their friendship is just for PR.

Their controversial and questionable content has only increased the relevancy of both social media stars. It only promotes Poosh and makes the TikTok star more relevant. Addison earned $5 million in the calendar year ending in June 2020. All that is known at the moment, is that the two are just hanging out with each other.

But it’s obvious that it’s more than just a friendship. It’s also a working relationship that generates more money for both parties involved. This is the type of thing that mastermind Kris Jenner would be behind. It’s no secret that Kris finds ways of keeping her and her family in the spotlight – especially now their show is coming to an end.