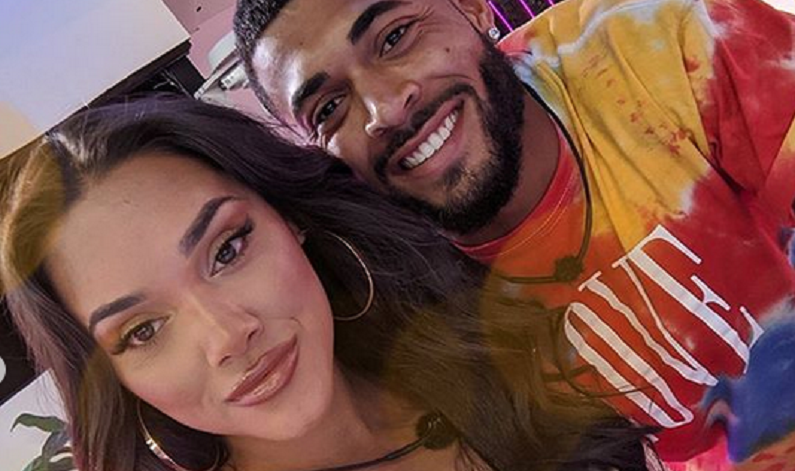 Fans wondered what happened under the sheets at Casa Amor. Johnny fell under Mercades’ spell. The two kissed on more than one occasion. There was also a scene when Mercades and Johnny end up in bed together with the sheets pulled over them.

So, what happened under the sheets? And will Johnny and Cely’s love last? Read on to see what people think.

In the new clip obtained by E! News, Justine shared a revelation that could affect Cely and Johnny’s relationship. Love Island fans have watched faithfully to see whether the couple will make through the end. However, Johnny only shared his version of what happened with Mercades Schell. But Cely could learn the rest of the story soon.

On Friday night’s episode, Cely was on a downward spiral. The episode started with Johnny freaking out over Cely’s date with Bennett, one of the new guys who joined the villa this week. Then during a challenge called “Sucker Punch,” a Twitter user dropped a major bomb.

“Y’all gonna tell ___ the real truth about what happened with ____ in Casa Amor?? Because what he said was not even half of what really happened,” the tweet read.

The blanks were about Cely and Johnny. Her friend, Justine Ndiba, wanted to find out the truth. In the meantime, Cely asks the new guys if they saw anything happen in Casa Amor when they watched the show. Noah turned out to be the truth teller of the episode.

Former Love Island contestant Mercades shared her real feelings on Johnny. In an exclusive interview with Entertainment Tonight, she believes that Johnny isn’t who he says he is. The 26-year-old claimed that it was him who pursued her — not the other way around. Viewers blamed her for setting her sights on Cely’s man so soon.

“It’s almost like I walked in and I was claimed, you know,” Mercades told ET. Her fellow eliminated contestant, Faith Tyrell, echoed her similar sentiments. She claimed that after the challenge Johnny walked over to Mercades and took her “into the most passionate kiss. Mercades was pursued by Johnny.”

This is Mercades truth 💭 In her interview with @aftertheisland she got the opportunity to speak about her experience on @loveislandusa During her time in Casa Amor she made a lot of friends, but there were also many things left unsaid on her end… Being able to share her side of the story means the world to her and it should impact you to see not only the real Mercades but hear her truth in multiple situations during Casa Amor 💗

Mercades feels that Johnny is not who he says he is. She thinks he’s just there to play the game. She also has a feeling that Johnny will be contacting her after the show is over. And Mercades won’t be afraid to expose him when it happens.

“I think he’s honestly in it for the game,” the New Mexico native said. “He’s super fake and I will be expecting him in my DMs, so y’all will know that.”

Mercades had a feeling that Johnny was “a hundred percent” over Cely at Casa Amor. Even Faith and the other eliminated islander GiNelle Ritzell agreed with her. Everyone assumed that Johnny and Mercades were going to become an item. It could be why Johnny’s guy friends are keeping quiet about his hookup.

What do Love Island fans think?

On Friday, September 20, the official Love Island USA Instagram account posted a series of clips. Each of the clips show Johnny and Cely spiraling. Fans took to the post to share their thoughts. Most of them think that Cely deserves better.

Others commended Caleb and Justine for their mature input. There were some fans who were relieved that Noah paid attention to Casa Amor. Earlier in the episode, fans slammed him for looking at Kirsten’s chest while talking to her. Here are just some of the comments:

Find out what happens with Cely and Johnny’s relationship on Love Island on Sunday, September 20 at 9 p.m. ET on CBS.