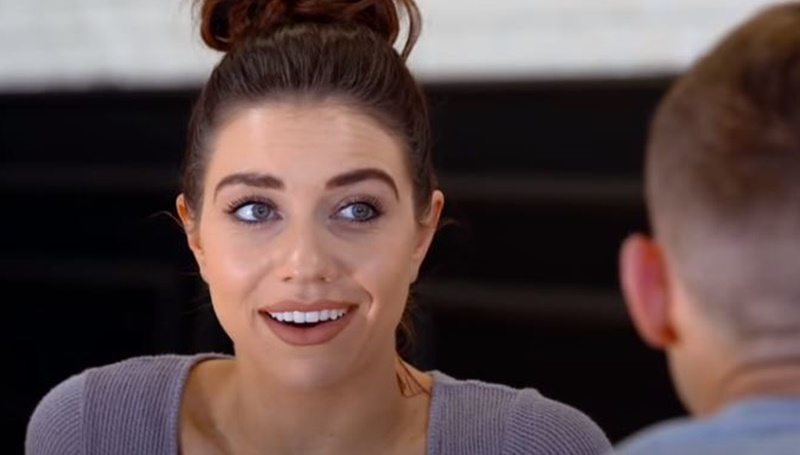 DWTS crowned Jenna Johnson and her partner Adam Rippon when they won the Mirror Ball Trophy in Season 26 of the show. More recently, they saw her and Karamo Brown on Dancing With the Stars. They got eliminated when the judges chose to “save Kate Flannery as their Halloween week came to an end.” And now, Jenna revealed her most embarrassing moments on the ABC show.

You probably recall that during Season 26, Jenna and Adam Rippon danced their last dance of the competition to “Scooby Doo Pa Pa” by DJ Kass. According to US Weekly, Jenna said that she felt terribly “nervous” and “excited” before their “last dance.” She said that as they waited for the show to finish up the review of their week, she stood on the stage and realized something bad happened.

The Dancing With the Stars pro said, “I fully peed my pants” before the performance. But luckily, Adam Rippon acted like a pro and took it very well. He simply said, “It’s OK, let’s go!” The next thing, they just got into their performance and she went through the whole dance rather damply. But, DWTS fans would never know until now. She said it felt “terrible, but no one really knew.”

Second most embarrassing moment for Jenna

The second most embarrassing moment got attributed to the time when she danced with Joe Amabile. She and The Bachelorette alum performed a quickstep. And this time, her partner managed to embarrass her so much she screamed at him. Well, they performed a couple of quickstep dances, so it’s not clear which one brought the bad moment. However, Jenna said that Joe “forgot almost all of our routine.”

So, the DWTS veteran ended up “screaming” at him on the floor while she tried to help him recall what came next. She said that moment accounted for the second most embarrassing moment. And, they both felt that embarrassment. But, they managed to get through to the semi-finals and secured fifth place in Season 27. In the current season, Jenna pairs with Catfish host Nev Schulman.

The couple premiered the 2020 show with a Foxtrot to The Way You Look Tonight by Michael Buble. Nev looks like quite a good dancer, so hopefully, they get through the show without any embarrassing moments. On her Instagram, previous contestant Sean Spicer commented, “Loved watching you guys last night Great start.” Then another DWTS fan wrote, “😍 You’re incredible, girl! So excited to watch your journey with Nev this season! ❤️.”

Oh she’s ready 💥 . Thank you ALL for your love and support from last nights performance! Seriously on cloud 9 and even more hyped for Week 2!!! #teambeneevers #dwts

Jenna’s a favorite with fans, so nobody talked about her most embarrassing moments on her latest posts. What did you think about those bad times for Jenna? Did you ever guess she had a problem like that? Sound off in the comments below.

Will Tiffany Espensen End Up With As Many Animals As Bindi Irwin?
‘Mama June’ Pregnant Rumors Swirl: Who Is Having A Baby?
Joy-Anna Duggar Called Out Over Safety Concerns – Is Evelyn OK?
Source Says These Duggar Family Announcements Are Coming Soon
‘When Calls the Heart’ Preview: ‘A Parade and a Charade’