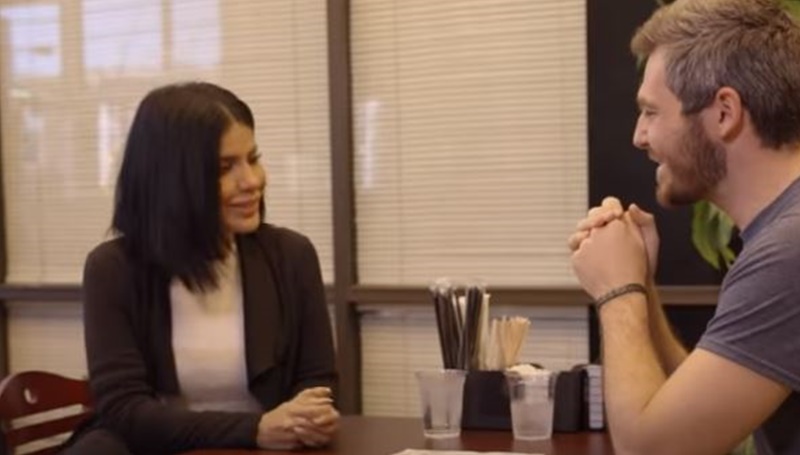 90 Day Fiance fans heard that Larissa seemed very excited and upbeat about their move to Colorado Springs. We reported that she shared a photo of the U-Haul truck just before they departed from Las Vegas. However, news later came that she got arrested by ICE. But, in an update, she revealed her release.

We reported that Carmen Ny said on her Instagram stories that Larissa got picked up by ICE just before they left Vegas. In her Instagram Story that got shared by blogger John Yates, she said, “‘Hi EVERYONE, I AM HERE WITH ERIC NICHOLS RN, @LARISSALIMAREAL JUST GOT ARRESTED BY ICE WHEN SHE WAS ABOUT TO LEAVE THEIR HOUSE AND MOVE TO COLORADO. WE HAVE NO CLUE WHY.”

Shocked fans wondered what on earth would happen next. After all, Eric sold his Las Vegas home, and they already bought a house in Colorado Springs. 90 Day Fiance fans felt that it must have come as a terrible shock. Some of them said on Eric’s Instagram that they suspect Colt and Debbie might have had a hand in it. But, nobody explained why ICE took her away. However, Eric said on Instagram that she got released again and “NOT EVEN ICE can tame my girl.”

On Larissa’s Instagram, she shared a video of her sitting in the U-Haul. She said that she got out and mentioned the people at ICE were very “nice” to her. On her post, fans again speculated on Colt’s involvement. One fan wrote, “Why did they arrest her?… Colt probably called and tried to mess up her move. 🤦‍♀️” Another person noted, “Thank goodness. You look traumatized though. Relax and take care of yourself. ❤️ So sorry that happened.”

But other 90 Day Fiance fans suggest “fakery” and a “setup.” One said, “Blink twice if you need [rescuing] cuz it sounded scripted af.” Meanwhile, loyal fans sound very relieved that they released her. One fan commented,”Omg…sooo glad you…okay!” They said they nearly cried when the news came out. Then, a follower noted,”Yayyyyy glad it..worked out!!!!” They felt sorry that Larissa probably felt a bit “scared.”

Fakery for the show?

Fans allege fakery, but no proof comes out. Mind you, many people feel TLC might use it as a storyline in the future. The “arrest” might present some drama for the ratings. And, moving to quiet Colorado Springs might not sound very exciting after Las Vegas. Clearly, TLC keeps Larissa on. After all, she brings lots of controversies and that makes for good reality TV.

What did you think about Larissa being arrested and then released by ICE? Do you agree it might just be for all the drama? Sound off your thoughts in the comments below.