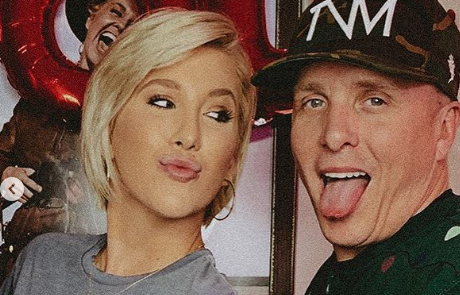 Savannah Chrisley recently announced her breakup with Nic Kerdiles and fans were shook. Now she’s expressing her love for another guy in her life. She’s letting her friends know how much they mean to her during this difficult time in her life.

Her hairstylist, Chadd Bryant is also her best friend. She went onto Instagram to share her feelings about him and it was really sweet.

What Did Savannah Chrisley Say To Her BFF?

Savannah Chrisley gushed about Chadd on her Instagram. She posted a picture of them with the caption, “Happy Birthday to the one and only @chaddlife you are one of the kindest, most loyal, and loving people that I know.”

Chadd Bryant was set to be a bridesmaid in her wedding to Nic. No doubt he’s been consoling her through this difficult time in her life. According to Distractify, he’s friends with the whole family, but Savannah is his number one gal.

Savannah went on to post more about her love for Chadd. She said, “I don’t know how I’d get through life without you. God knew what He was doing when He placed this one in my life! Can’t wait to have you by my side for the rest of our lives! Through the laughter and tears…you and me.”

The Breakup Is Very Fresh For The Reality Star

Savannah Chrisley posted about the breakup on Instagram as well. She said, “”Oh how I wish this smile was on my face and that infectious laugh was spewing out of my body right now…but sadly it’s not. Nic and I have decided to call it quits.” There had been some rumors that the relationship had hit a rough patch when they postponed the wedding. Todd Chrisley posted a picture of them together on Instagram to silence the trolls.

Happy Birthday to the one and only @chaddlife ❤️ you are one of the kindest, most loyal, and loving people that I know! I don’t know how I’d get through life without you…God knew what He was doing when He placed this one in my life!! Can’t wait to have you by my side for the rest of our lives! Through the laughter and tears…you and me! #iloveyou #bestfriends #happybirthday ❤️

She went on to say they didn’t have any hatred between them. This makes it a lot harder for her, she said. The star said she’s working on herself after the breakup and recent surgery for Endometriosis. The ailment is something she’d been dealing with for a long time. She’d talked about it with her fans in the past. It seems they couldn’t work through some of the things that caused them to make that decision.

She’s working on her mental and emotional well-being according to The Blast. “I’m that ‘unnaturally tough and unemotional’ woman. As a woman in today’s world I have felt that’s the only way to survive in business and in personal relationships with men.” She said that’s how she’s always been, but she is tired of it. Now she wants to embrace being softer and sweet instead of unemotional. Fans will support her in her journey and hope her heart heals soon.