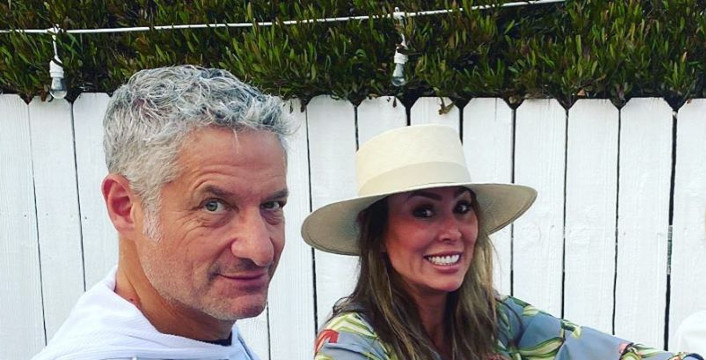 Residents in California got a jolt just before midnight on September 19th. Literally. An earthquake rocked Southern California on Friday night. While no one was hurt, some Bravolebrities, including The Real Housewives of Orange County’s Kelly Dodd posted about the earthquake.

California residents may be used to an occasional earthquake. However, that doesn’t make it any less scary. In fact, when minor earthquakes happen, people aren’t sure about what they felt. That was the case on Friday, September 18. Celebrities and non-celebrities alike took to social media to see if others experienced an earthquake.

RHOBH alum Adrienne Maloof asked on Twitter who else “felt the #earthquake??” Her former co-star Brandi Glanville recognized what was happening and wrote, “Just felt a giant jolt of an earthquake.”

The Real Housewives of Atlanta OG Kim Zolciak-Biermann wasn’t sure what she felt. The Atlanta resident was in California on Friday. She asked, “Did I just feel an earthquake in LA?”

Famed seismologist Dr. Lucy Jones confirmed that it was, in fact, an earthquake. The quake was a “magnitude 4.5 earthquake,” the Los Angeles Times reports. Dr. Jones wrote on Twitter that the epicenter was 6.2 miles southwest of El Monte. She noted that it was “almost the same location” as an 1987 earthquake.

Another California-based Bravolebrity was seemingly awakened by the earthquake. The Real Housewives of Orange County star Kelly Dodd took to her Instagram Stories to discuss the earthquake. In one video, a disheveled Kelly turns the camera on her daughter, Jolie, who waves. The Positive Beverage founder is clearly a bit shaken up by the unexpected earthquake.

Despite the scare, there were no injuries or damage reported from the September 18 earthquake. The LA Times notes that the Puente Hill fault is particularly worrisome for L.A. residents. Reportedly, the fault line resides beneath the Los Angeles skyscrapers.

The new season of RHOC was supposed to premiere on October 7. However, eagle-eyed fans noticed that a new promo for Season 15 has a different date. The new date is October 14. Bravo has yet to explain why the new season is premiering late. However, it could be aftershocks from COVID.

Several other Bravo shows went on hiatus or had a delay due to the editing process being slower with editors working alone from home. Usually, the editors work as a team, but they couldn’t do that due to the quarantine.

Bravo is also debuting a new series in November. The Real Housewives of Salt Lake City premieres on November 11. Be sure to follow our social media for all the latest TV news!