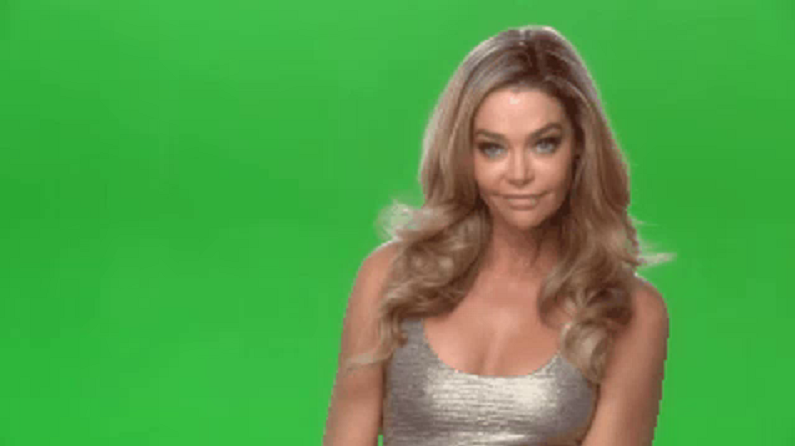 From The Real Housewives of Beverly Hills to The Real. Denise Richards will have her first-ever interview since her departure from the Bravo series. And it will happen on Garcelle’s first day as a daytime host. Last week, Denise’s rep confirmed her exit from RHOBH.

This comes as no surprise to fans. She was the punching bag of Season 10. Her co-stars mommy-shamed her when she didn’t want to talk about threesomes in front of her children at her barbeque. Then Brandi Glanville alleged that she had an affair with the Wild Things actress.

It only got worse well into the reunion, in which Denise looked done.

Denise Richards to appear on The Real

Garcelle Beauvais recently announced that she’s the new host of The Real. So, it would make sense for her to have her good friend, Denise Richards, on the show to speak her truth. The daytime talk show announced on its official website that Garcelle will make her big debut on Monday, September 21. Denise will be a guest during that same episode.

It’ll be great to see the ladies back together again. Garcelle revealed that if Denise were to leave RHOBH that she wouldn’t return as well. She also received a stern warning from Lisa Rinna that she could become the next punching bag of Season 11. Garcelle already has a busy work schedule. Her time on The Real could take time away from filming RHOBH.

Starting this upcoming Monday, @garcelle will be making her debut on @therealdaytime and @deniserichards will be her first guest. I wonder what they’re going to talk about 😇 • #RHOBH #realhousewives #bravotv #deniserichards #garcellebeauvais

The Coming to America star spoke with Extra’s Cheslie Kryst. During the chat, she shared her thoughts on Denise Richards’ RHOBH exit. Garcelle already has some people in mind for the reality series. She feels that it could use some new life.

“I do wonder about that… I just feel like new energy is needed,” Garcelle said. “You know, personally, if I had anything to do with it.”

Kris Jenner’s name has floated around since KUWTK is coming to an end. TV Shows Ace previously reported that Kathy Hilton is in talks in with producers. Garcelle thinks that Kris would make a good fit for the show. “Anything is possible,” she added. “I never thought I’d do reality, so anything is possible.”

NeNe Leakes also announced her exit from The Real Housewives of Atlanta. The first Black woman of RHOBH was “surprised” to hear about NeNe’s exit. She also said that NeNe would be perfect for RHOBH. As for Garcelle, she’s not saying if she’s returning for a second season.

For now, she wants to focus on her new stint on The Real. Garcelle had no intention of replacing Tamera Mowery until one of her friends brought up the idea.

“A friend of mine, a couple of days later, said, ‘Hey, are you gonna throw your hat in the ring for ‘The Real?'” Garcelle explained. “It was like a slow realization of, like, ‘Are you kidding me? Absolutely…’ So it was a perfect fit. I’m happy.”

What are your thoughts on Denise appearing on The Real? What do you think Denise and Garcelle will talk about? Sound off below in the comments section.

The Real airs weekdays on FOX. Check your local listings for details.