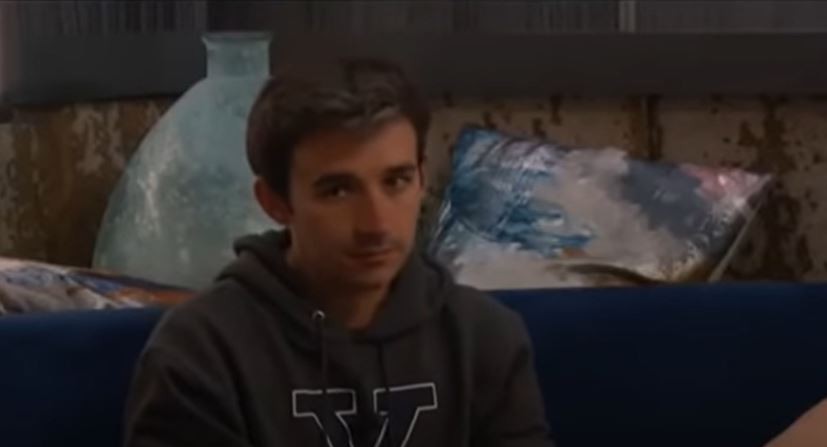 When Ian Terry first played Big Brother in Season 14, he was the youngest winner. The All Stars house only had two winners competing. One being him, the other Nicole Franzel. She said Ian was her best friend in the house. Little did he know she was part of the big alliance who planned on evicting him. Now, with Ian out of the house by a vote of 5-3, he’s sharing how he feels about the big alliance and Nicole.

Entertainment Tonight caught up with Ian following the eviction. He shared a lot about being evicted, the big alliance and who he hopes ends up in the jury house with him. First of all, while many would be upset with the alliance, Ian was not. He expressed to Julie Chen that he could never feel betrayed over good game play.

He said, “Frankly, I’m not going to look down on good game play. I would much rather lose because I got outfoxed by good players than because I got unlucky. That’s just how I am. It’s easier to live with that than if I just got really unlucky and lost. If someone plays well and I lose, so be it. That’s the way it should go.” He did not feel betrayed by anyone. Ian remains a very classy player.

And, he was actually surprised it took so long for someone to put him on the block. He thought it was strange nobody nominated him or Nicole before now. After all, both of them had won Big Brother before.

We have the time to listen to #BBIan explain this ALL day. #BB22 🕰

Who does he want to see evicted next?

As for anything he would do differently, Ian says he would have to find a way into the big alliance. And, to do that he would need to go all the way back to week one. It’s unfortunate he didn’t get the votes, but he has no hard feelings about it.

He pledged while in the house to not vote for Dani if she made it to the final two. Time will tell if Dani can make it that far and if Ian will hold true to his word.