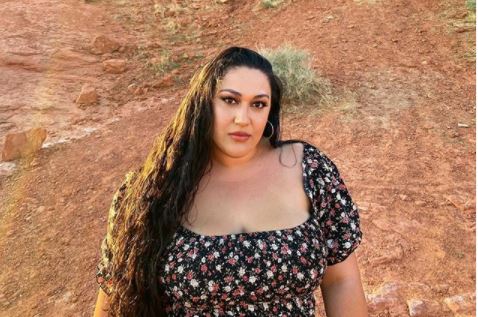 90 Day Fiance: Happily Ever After has had fans on a crazy ride this season! Couples have broken up and some have made up but many have wondered what’s happening between the popular couple Asuelu Pulaa and Kalani Faagata.

E! News reported an exclusive sneak peek interview with Kalani about her recent issues with the father of her two children, Asuelu. The quarantine has been very hard for people. It has also been especially hard on couples that have already been having issues. Kalani explains that the pandemic has made things much worse for this 90 Day Fiance couple.

Kalani goes on to explain “Me and Asuelu have been quarantined and we’ve been fighting a lot lately.” She goes on to say that “Asuelu has been going out with his friends and lying about where he’s going, and she’s not having it anymore”. Adding the comment “I’m done with it. I need to protect my kids,” she says. “I can’t keep letting him do whatever the hell he wants, and I’m not going to just let him back in the house with the babies.”

Kalani and Asuelu have been having many issues lately, most brought on by Asuelus’ family. Kalani says the pandemic has only made things worse. In fact, it’s so bad that she’s now had to kick him out of their home. “We got into a big fight last night and I told him that I think it would be best if he would just go to his mom’s,” she says. “I booked a one-way ticket for him. I don’t know when he’s coming back, because this is not working. This is not working anymore.” This 90 Day Fiance couple has fans wondering if they are over.

This life is too short to be sad 😢 , mad 😡 , hate 🤮 , stressed 😫 and etc… but this life we deserved to be #happy #helpeachother #caring #kind #supporteachother #liftoneanotherup and overall is #LOVE ❤️ whatever people said Good or Bad !??? Just LOVE them because that’s the life should be… Oliver and Kennedy helped me do my @cameo …. thanks to aunty Tammy for the trampoline ❤️ #wordsofwisdom #Godisgood #familyfirst

Past tension on 90 Day Fiance

This isn’t the first time Kalani has expressed many doubts about her marriage on 90 Day Fiance. A trip to visit his Asuelu’s family in Washington a couple of episodes back later turned into a feud over money. Asuelu’s mother strongly believed she was entitled to any money that her son made, and demanded 1k from her son.

Her son Asuelu offered $100 and was met with the comment “That’s not enough by his mother Lesina. Asuelus two sisters agreed with their mother and wanted Asuelu to send his mother more money, even if he technically does have it. This created a big drift between Asuelu and his wife Kalani. This interview is months later and it seems as if their issues have only escalated.

The couple recently had a big family meeting betweens Kalani’s mother and father, Low and Asuleu, and his mother Lesina, and two sisters. Everything seemed to be worked out and they all agreed to get along, everyone but Asuleu’s sister Tammy left the meeting happy.