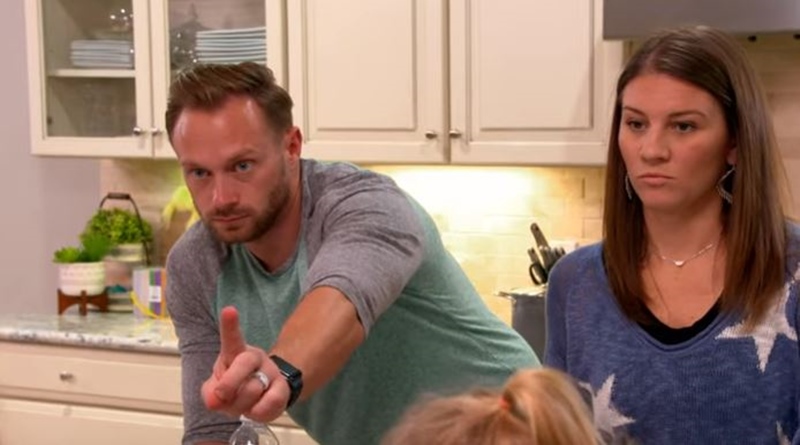 Adam Busby shares photo of himself deep in thought.

As those who follow Adam and Danielle Busby on Instagram know, things have been different for the couple lately. After Hurricane Laura destroyed Lake Charles, they took in several of their nieces. And, it seems as if they will be staying with them for a while as Danielle Busby recently enrolled them in Blayke Busby’s school.

Their routine recently changed again as Blayke’s school switched from e-learning to physical brick and mortar. So, now, Danielle and Adam are suddenly kid-free during school hours. And, for a couple with as many children as they have… This is a pretty big deal!

Adam Busby took to Instagram recently to share a photo of himself gazing out the window. In the caption, he explained it was time for him and Danielle to get organized. He needed to figure out what to do with the kid-free time they were suddenly allotted.

Several of his followers offered suggestions on what to do with the free time.

While he wasn’t really asking, a lot of his followers were quick to offer suggestions. Suggestions on what he should do with his free time. And, some of the suggestions were pretty good. A few followers highly recommended Adam and Danielle just try spending some time together. They pointed out how important that alone time as a couple was. But, as those that follow Adam and Danielle know, the couple does go out for date nights at least once a month. Fortunately, they have a lot of family members willing to take on the children.

One follower jokingly encouraged him to use the free time to work on producing episodes for a new season of OutDaughtered. Now, unless he already had tons of footage, that might be a little hard to do with the quints and Blayke at school!

Yeah, I’m lucky, I know it’s true But I feel the luckiest to be loved by you. 🎶- @joshabbottband

Unfortunately, not all of the suggestions were kind. One follower simply penned that he should “work” during his newfound free time. And, this troll wasn’t alone. Another individual agreed: “yes, get a job.”

Adam, being Adam, wasn’t afraid to clap back at the trolls on his profile. And, his fans were here for his saucy response.

Adam Busby gets saucy with his latest Instagram troll.

Being a reality TV star, getting called out as someone who doesn’t work for his money is normal. It happens to reality TV stars all of the time. But, Adam and Danielle do own their own clothing boutique. And, chances are pretty good Adam does a lot of the photography work for their store. He’s also a social media influencer. Whether fans like to agree with it or not, it is a job. And, he works pretty hard on his Instagram and YouTube content.

“Then, I’d have to hire people to do mine at all [the businesses] that we own … Nice try though,” Adam Busby fired back at the troll. He followed his saucy response with a clown and wink emoji.

A few dozen followers liked his saucy reply. And, a couple of his followers even replied. One tagged the original troll and noted Adam did have a job. A second follower tagged Adam and praised him on being an entrepreneur.

So, what did you think of Adam Busby’s response to his latest troll? Sound off in the comments and let us know.