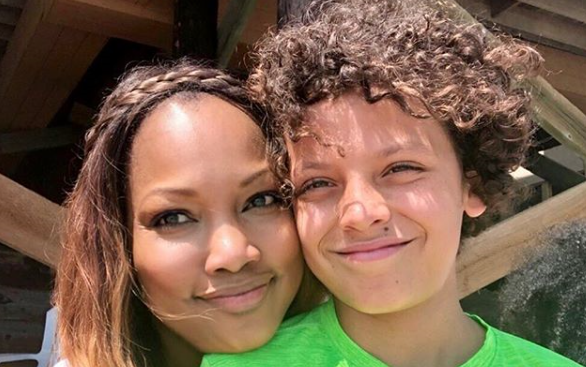 Fans really enjoy the banter between the two newest cast members of RHOBH. There was a section of video where Sutton and Garcelle Beauvais were discussing Garcelle’s boobs that entertained everyone. Queens of Bravo posted, “Best interaction from the #RHOBH Reunion. It’s not up for debate.”

Sutton said, “Garcelle, you know what’s sad? Looking at your boobs and then looking at mine.” Garcelle responded, “I always keep it real, these are taped to the back of my neck.”

One fan said, “That 17 second interaction was more interesting than the whole reunion. Maybe even the whole season. Hope both Garcelle and Sutton team up and come back.”

Best interaction from the #RHOBH Reunion. It’s not up for debate 😍 • #realhousewives #bravotv

They’ve Been Funny Together Before

A poster said, “These two together are hilarious that dinner conversation was one of the best scenes of the season.” They were referring to a dinner the two had together where Garcelle Beauvais asked Sutton where her money came from. This was after she told her she grew up knowing you didn’t talk about money.

Sutton told her, though the question took her by surprise. In a confessional Garcelle said, people sometimes didn’t like her because she was so blunt.

When Sutton said her ex-husband was well-off and she’d known him since she was thirteen, Garcelle asked if she’d lost her virginity to him. Sutton pleaded the fifth with that one.

Garcelle proved she isn’t afraid to say what’s on her mind. According to Heavy, Garcelle supported Denise despite her co-stars going after her. “I think this was a really hard season for her. I think, you know, when you’re being constantly talked about. It could affect your marriage, it could affect your kids, I think that’s where she was coming from.”

Both Garcelle Beauvais and Sutton posted about the end of their first season. Sutton posted to her Twitter, “Loved every minute, good or bad. These girls are all inspiring! Grateful.”

A lot of fans responded to her saying she was being way too nice. A lot of the girls were not inspiring. One fan said, “Inspiring is a strong word, the wrong word, for us viewers.”

But fans did seem to enjoy Sutton on the show. Another said, “I loved watching you. You can read a woman without getting down in the dirt. All you need to say is ‘Well bless her heart.'”

Garcelle said, “Thanks for watching this season of #RHOBH! My first ride into #RealityTV sometimes fun sometimes hard but we All showed up.” Fans felt thankful for her on this season.

One said, “Honestly so glad you came on to the show, Beverly Hills has needed someone as amazing as you for a while!! And to be loyal to Denise regardless if she was honest or not, just proves your[sic] a great person!” Fans will wait to see if Sutton will be full-time next season of Real Housewives of Beverly Hills and just who will be returning.