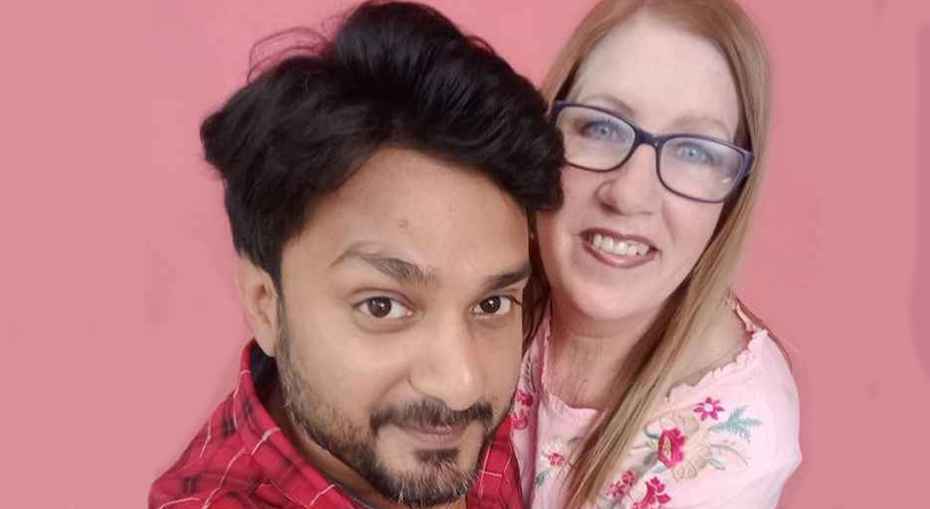 Jenny and Sumit’s relationship on 90 Day Fiance: The Other Way has been a rocky one so far. The latest is the fact that Jenny had lied about her interaction with Sumit’s family in the past. While Sumit is finally divorcing his wife from an arranged marriage, his parents won’t give Jenny their blessing. However, it looks like Jenny is still in India and from a recent selfie of the pair, it looks like she is wearing an engagement ring. Does this mean Sumit’s parents have finally forgiven her?

Fans have followed the story of Jenny Slatten, a grandmother from Palm Springs, Florida, and Sumit Singh of Delhi, India. Jenny and Sumit’s journey on 90 Day Fiance has been based almost entirely on lies. Sumit had initially catfished Jenny on Facebook with an actor’s profile image. Later, when she gave up everything to join Sumit in India, she found out about Sumit’s other marriage.

Jenny eventually forgave Sumit and when he promised to get divorced, she moved to India for the third time. Jenny now intends on settling down with Sumit in India, but there is a problem relating to his parents.

Should Jenny and Sumit listen to his brother's advice❓ Don't miss a new episode of #90DayFiance: The Other Way, Monday at 9/8c.

Sumit and Jenny lie to his parents

On her first trip to India, Jenny had lied to Sumit’s parents, saying they were just friends. Jenny spent several months in his parents’ home and even befriended his mother, who is around the same age. However, Sumit’s parents finally caught on to the fact she was visiting Sumit’s room late at night. They finally realized the pair were in an intimate relationship, which upset Sumit’s parents to no end. They refuse to give their blessing for Sumit and Jenny to wed.

90 Day Fiance: The Other Way recently went on midseason break and fans will now have to wait until October to see what happens next. While in the meantime, both Jenny and Sumit were quiet on social media, this has suddenly changed. Sumit has suddenly started posting Instagram images of Jenny. In one, Jenny and Sumit can be seen smiling and sitting at a table together. However, on closer inspection, it is obvious that Jenny has a ring on her finger.

When browsing through earlier images, there is no sign of the ring. On top of this, Jenny recently confirmed on Instagram that she is quarantined in India with Sumit. If that is an engagement ring on her finger, this could mean the pair is finally engaged. As noted by Screen Rant, this hopefully means Sumit’s parents have had a change of heart and have given the TLC reality stars their blessing.

90 Day Fiance: The Other Way is currently on midseason break and returns to TLC on October 11.