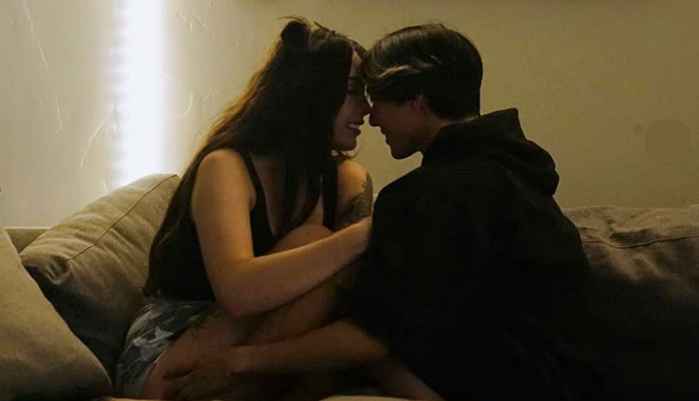 Deavan Clegg of 90 Day Fiance: The Other Way is so over Jihoon Lee. In fact, she has publicly shown the world that she and her new love Christopher “Topher” Park are going strong. On September 17, Deavan shared a PDA-filled image of herself and Topher. On top of this, she shared lyrics from G-Eazy and Halsey’s hit track “Him and I.”

The lyrics that played in her Instagram Stories read, “He’s out his head / I’m out my mind / We got that love, the crazy kind / I am his and he is mine.” The image, which Topher originally shared to his Instagram, shows her swooning over her new South Korean beau. They both smile while gazing lovingly into each other’s eyes.

On Topher’s original post, fans can swipe right to see more images of the pair making out on the couch. The latest post comes less than a week after Deavan and Topher make their relationship official on Instagram, following her split from Jihoon Lee. Moreover, all these images appear to have been taken in her new apartment.

As noted by In Touch, a source told them in August that Deavan had moved on, days after Jihoon announced they were over. This followed months of drama and speculation on 90 Day Fiance: The Other Way.

In a candid Instagram Live, Jihoon said, “So I can’t tell everything because the show [is] not finished. They will be happy and I need to be happy. Just, I will live my own life.”  He added, “If you lost [a] lover, boy [or] girl. So sad, but you can start again.”

Jihoon went on to say they are living their own lives and that is their future. He tells fans to keep watching the show and to please support him in getting a better life. Lee also asked fans to “please pray for Deavan and Taeyang, [for] their family life.”

Fans will remember the backlash Deavan faced after sharing a photo of Topher and her son Taeyang, wearing matching outfits. They were enjoying an outing in Wrightwood, California, at the time. Deavan responded to the criticism, saying Jihoon had blocked her on social media and that her number is blocked. She has reached out to her estranged husband and sent photos of their son, but gets no reply. Deavan even offered to travel to South Korea. She then wrote, “I’m sick of being blamed when I’m the one trying to co-parent.”

When Jihoon heard about this, he shared his side of the story, saying he doesn’t want to get involved in their lives. Lee said he blocked them all, but will never forget his son and will love him forever. He basically wants to be “comfortable” now.

90 Day Fiance: The Other Way is currently on midseason break and returns to TLC on October 11.