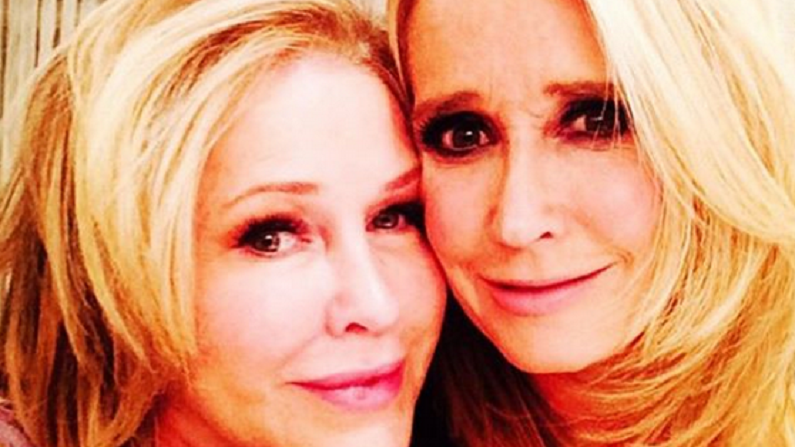 Kathy Hilton could join Season 11 of The Real Housewives of Beverly Hills. It makes sense since she’s related to Kyle Richards and Kim Richards. She’s also good friends with Kris Jenner, who’s also rumored to join the cast. But could it really happen?

TMZ seems certain about the idea. The entertainment outlet reported that Kathy is currently in talks with Bravo producers. They want her to film several episodes of the show. However, she only wants to join as a “friend of” the Housewives.

According to the TMZ report, Kathy Hilton is deciding whether she wants to be part of The Real Housewives of Beverly Hills. Production sources claim that Kathy has already received an offer. She wouldn’t join as a full-time cast member. Instead, she would be a “friend of the show” who makes several appearances.

BREAKING: Kyle is pulling out the big guns for Season 11 – Kathy Hilton is in talks to join #RHOBH pic.twitter.com/J2Mm3dUFHn

It’s not a surprise since she’s been on the show in the past. However, this isn’t the first time that producers asked Kathy to join the show. Kyle already made it clear that she would love to have another sister on the series. She loves Kathy’s sense of humor and outlook on life.

During her appearance on James Harris’ new podcast, Positively Chaotic, Kyle Richards was asked who she’d like to see on the new season of RHOBH. She revealed that she wants to have all of her sisters on the show. This comes amid the rumors that Kyle has replaced Lisa Vanderpump as the new queen of The Real Housewives of Beverly Hills.

“I would like to see my sisters join the cast,” Kyle exclaimed. “We have so much fun together and [Kathy] makes me laugh.”

In June 2019, Kathy was spotted with Andy Cohen in Los Angeles. The sighting happened after Vanderpump confirmed her exit from the series. Kathy was said to replace Vanderpump on the series. Just days after Kathy’s appearance, Kyle shared her thoughts on her potential addition during her interview on Watch What Happens Live.

TONIGHT the season finale of season 10! Thank you all for watching 🙏 It's been a crazy ride. I look forward to moving past all that we have gone through together this season. Onward and upward 😘😘 #rhobh

“I would be happy if my sister [joined the cast],” she revealed during the After Show. “My sister Kathy is actually, people don’t know this, she’s one of the funniest people there is. She’s a practical joker and she’s very, very funny. I think she’d beg an amazing ‘housewife’ actually.”

Andy has also addressed the rumors on his radio show. He told listeners that it was a surprise how many viewers are want Kathy on RHOBH. Andy apparently received an overwhelming response.

Most fans don’t believe the rumors. They can’t see Kathy joining a reality show. Kathy is typically a private woman. She doesn’t share her life on social media, let alone reality TV. Here are some of the comments:

Now that Denise is off the show, producers are trying to find the right cast members for the next season. Do you think Kathy would make the right addition for The Real Housewives of Beverly Hills? Who would you like to see on the show? Sound off below in the comments section.