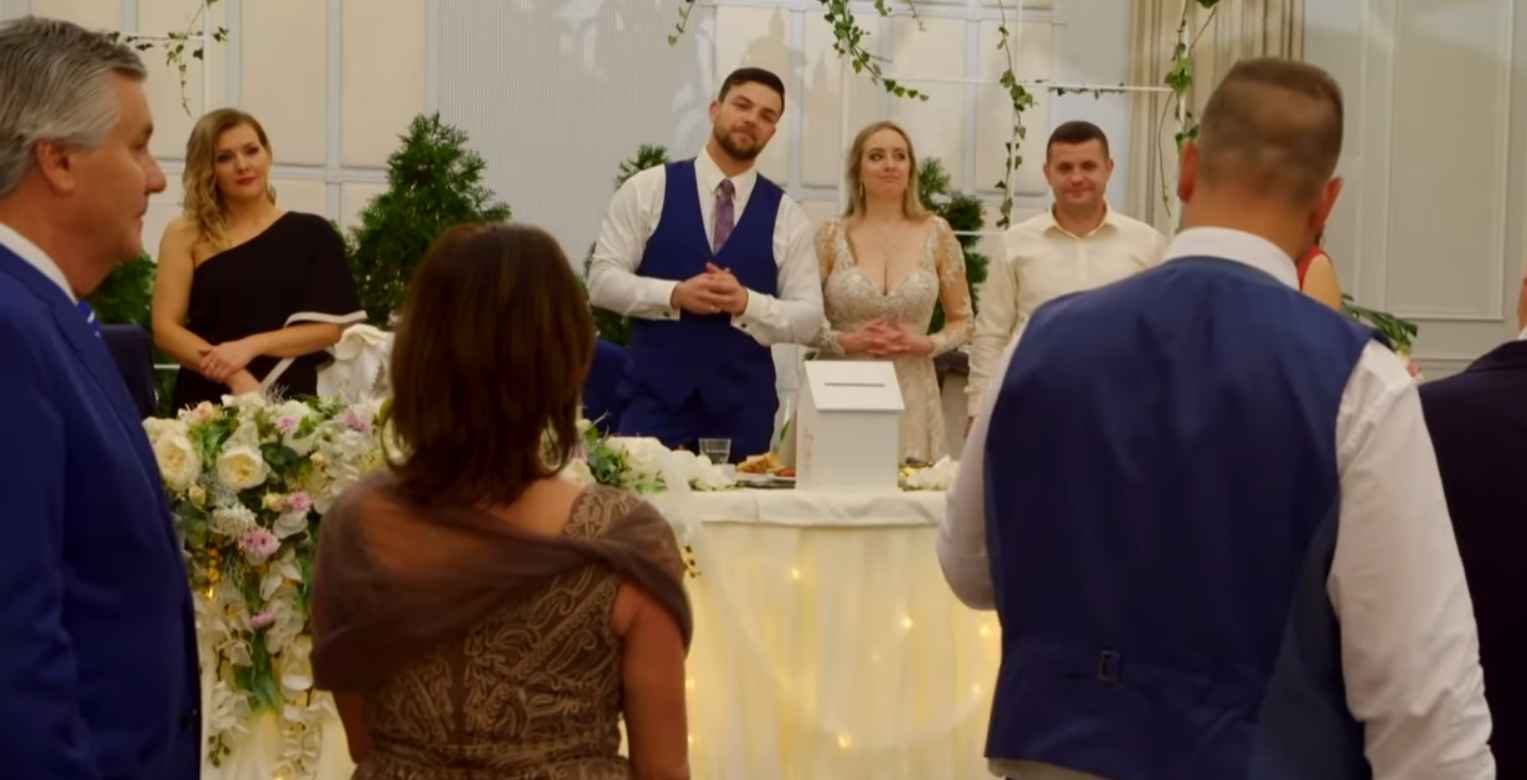 Andrei and Elizabeth’s Moldovan wedding was one of the most spectacular events ever aired on 90 Day Fiance: Happily Ever After. The only problem is, while everyone was enjoying the Moldovan celebration, Elizabeth’s brother Charlie couldn’t keep his mouth shut. He basically embarrassed himself and his family at the wedding his father had paid for. Do you think he feels bad about what he has done?

There has been tension between the families, ever since the Potthasts landed in Moldova. First the patriarch, Chuck Potthast, was openly investigating his son-in-law, believing he had a shady past. Once the past was truly uncovered, it turned out Andrei is the good guy, while fans got to learn about the Potthasts’ own shady past. One would be forgiven for thinking Charlie might finally keep his big mouth shut.

From the traditional wedding ceremony in the beautiful church right through to most of the wedding reception, viewers were truly stunned. The music, the dancers and the spread of food all came together in a spectacular way. When it came to speech time, Elizabeth’s dad, Chuck, told Andrei that he was family now and that they love him. Most fans were no doubt thinking, at last! The family is accepting Libby’s husband, warts and all.

Time for speeches at the wedding

Before the moment happened, Charlie had been making comments about the “King of Moldova” while his dad told him to chill. Chuck said he didn’t want any fighting at the wedding. His son said he wasn’t fighting. Actually, he was just working his way up to it!

Charlie had been visibly knocking back the drinks throughout the reception and once his dad stopped speaking, he grabbed the mike. Fans were shocked and embarrassed as Elizabeth’s brother went on to ruin their perfect wedding. Even his own family was embarrassed by the tirade, but no one tried to stop Charlie. Fortunately, it is likely that few of the Moldovan guests understand English. However, it is certain they could understand his facial expressions and his angry stance. Watch the drama in the video below.

In the video, Charlie brings up the point that his dad paid for the wedding. He said Chuck has seven children and asked if he did this for the other kids? He answered himself, saying no, he didn’t. Viewers can see his temper increasing at this point and his belligerent expression. Then it came to speech time. Chuck announces that America wants to give a toast. He starts by thanking everyone for inviting him to their country. Chuck said he feels welcome there and everyone has been very nice. He crowns his speech by saying, “Andrei, you are our family now, and we love you.”

When Charlie grabs the microphone, Andrei says they must take it away from him. He knew exactly what was coming. Basically, Charlie told Andrei to stay away from America and to not expect to take his father’s money. He made it clear that he felt gypped by the fact Chuck had paid out so much for Andrei and Elizabeth and not for him.

Fans were literally shocked and at a loss for words, as were Elizabeth and Andrei and anyone else that understood English at the wedding. By the end, Andrei was ready to take Charlie outside to rough him up. As noted by Screen Rant, is unclear what happened next, but hopefully, fans will know more in Sunday’s episode.

Since then, Charlie has made it perfectly clear on social media that he doesn’t feel he was in the wrong. No apologies are likely to come from his mouth.  However, browsing his Instagram account, he does admit he may have come off as an ass. From a post, it seems the whole family celebrated Chuck’s birthday together. They do look reasonably happy in the shot!

I might come off as an ass on the show but I love my family. All families have drama and nobody is perfect. We had a great time celebrating my dad @chuckpotthast birthday! #onebighappyfamily 😉

Keep up with the action on 90 Day Fiance: Happily Ever After? on TLC on Sunday at 8 pm EST.