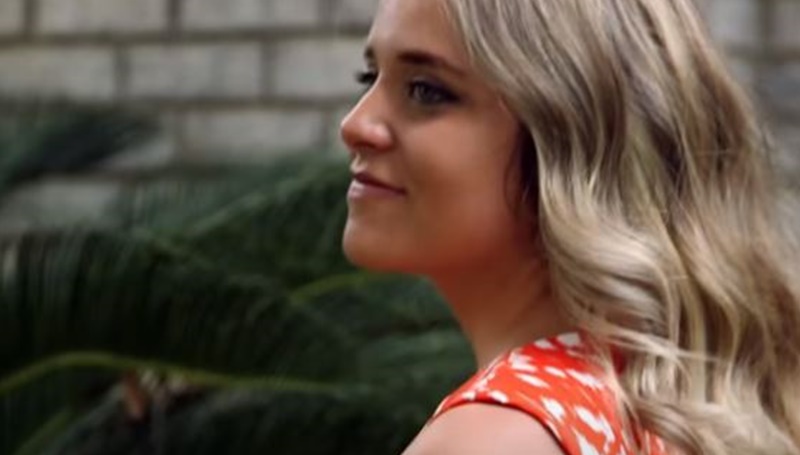 Jinger Vuolo and her husband Jeremy accumulated a lot of Counting On fans. Many of them adore the couple and their young child, Felicity. But, everyone gets trolled on these days. And, some people took issue with her eyebrows. It mainly seems that they think she needs some serious help with her makeup.

Jinger Vuolo looks a lot like her mom, but not in the makeup department

We reported that when Jinger’s mom Michelle celebrated a birthday recently, plenty of fans noticed their likeness. Actually, apart from the shape of her eyes, she looks rather a lot like her mom. But, one thing that that sets them apart, is that Michelle often seems a bit better off with makeup skills. Now, trolls took to Jeremy’s Instagram and trashed Jinger for her eyebrows.

It seems that many of Jinger Vuolo’s fans like that they moved to LA. But, some critics feel that she fails by trying to get into the local style. However, she misfires when it comes to makeup, especially her eyebrows. Fans know that she dyed her hair blonde. In a clip in the TLC show, Jeremy loved the change in her hair color. But, a lot of people think she just tries looking more LA than the locals. And, they think she needs a lot of work in the makeup department.

Eyebrows are everything in Las Angeles

The LA Times reported in February that “Los Angeles is at the center of all things eyebrow, pumping out new approaches for achieving the perfect look.” And, yes, in 2020, full brows seem very popular. Well, some trolls were taken back by Jinger’s eyebrows. Maybe they simply don’t live in LA where people even brush them out to look bigger and glue them in place.

Jeremy shared a photo of Jinger Vuolo on Wednesday. She wore her hair with the blonde very obvious. And, her dark eyebrows really stood out. Jeremy captioned it with, “life is better with you.” One fan replied saying, “Holy eyebrows!” While some fans felt that was a very “rude” thing to say, other agreed they seem a bit over the top.

One follower wrote, “desperately needs makeup lessons. Has for years…” But, others think those brows are just her way of fitting in “with the LA look.”

One critic felt that if Jinger wants to fit in, then she should consult with a profession in the city. They commented, “Looks more like OVERfilled in to me. There are plenty of makeup artists in LA who can help her with makeup, including full but overfilled fake looking eyebrow.”

Another person who trolled on Jinger Vuolo’s eyebrows noted, “It looks like two caterpillars took up residence where her eyebrows used to be! It looks horrible.. those thick, fuzzy eyebrows are not attractive in the least.”

life is better with you

Do you agree her eyebrows look a bit overdone? Should Jinger Vuolo get advice from an LA makeup expert? Sound off in the comments below.