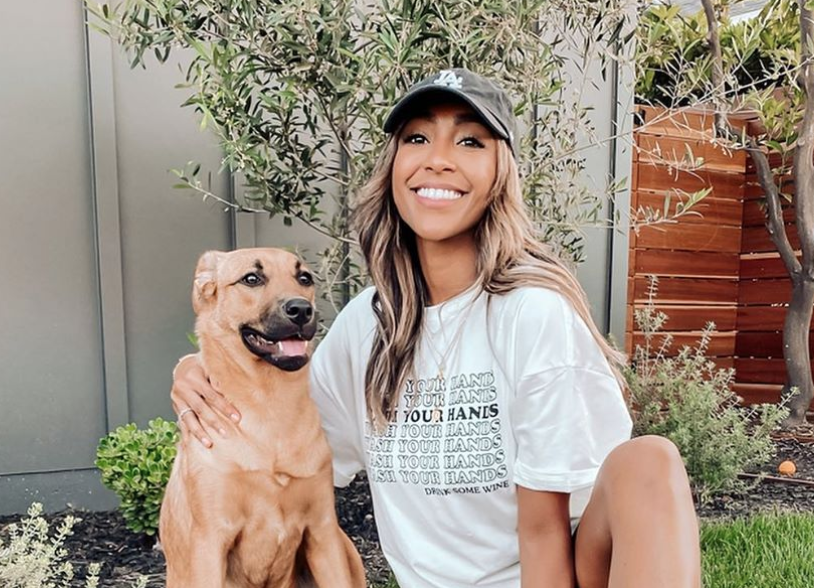 Tayshia Adams is hosting a new podcast! She will be joined by a couple of different Bachelor Nation stars.

Tayshia Adams is a co-host on a new podcast. She will be joined by Joe Amabile and Hannah Ann Sluss, People says. They are calling the new show Click Bait with Bachelor Nation.

The three are going to do the podcast launching on October 1. Apparently, they are going to “dissect the wildest, most ridiculous and bizarre headlines of the week in pop culture.”

Sounds like it will be some interesting topics from some interesting stars. They will likely all have very different points of view on multiple pop culture things as well as Bachelor Nation happenings.

Not only will the three of them be talking about what’s happening in pop culture, but they will also be talking about themselves. Apparently, they will be telling their stories as they also live in the spotlight. They have all lived such different lives in the last year. It will be interesting to see how their lives have changed since they left TV.

#ad You never know what tomorrow will bring! ✨Sometimes you just need to kick back appreciate the sweet things along the way, like beaches + sunsets + best friends + @smirnoffus Zero Sugar Infusions cocktails. 🍉🌱 This is what dreams are made of! 💚Head to my stories for more detail on these simple summertime recipes… #summercocktails

Of course, they aren’t completely done with being feature on TV.

Tayshia on ‘The Bachelorette’

Not only will Tayshia be in people’s speakers, but on people’s televisions. She took over the role of The Bachelorette when Clare fell in love with someone before her season ended.

“One of her potential guys found a way to get in touch with her and they began talking,” a source says. “By the time filming officially began, they were basically already in love. No one else stood a chance. It just became so obvious from her subsequent few dates that her heart wasn’t in it and she just wasn’t feeling it. Then she said she wanted out.”

While there has been a preview already released for the new season, it only includes Clare Crawley. There isn’t one with Tayshia Adams yet. It seems that even though everyone already knows about the swap, they are trying to keep the whole thing a bit of a secret. It will be neat to see how they handle the situation though since this has never been done.

Will you be listening to the new podcast when it comes out in October? Are you excited that Tayshia Adams will take over as the Bachelorette? Let us know what you think in the comments below. Come back to TV Shows Ace for more news on all of your favorite Bachelor Nation stars.