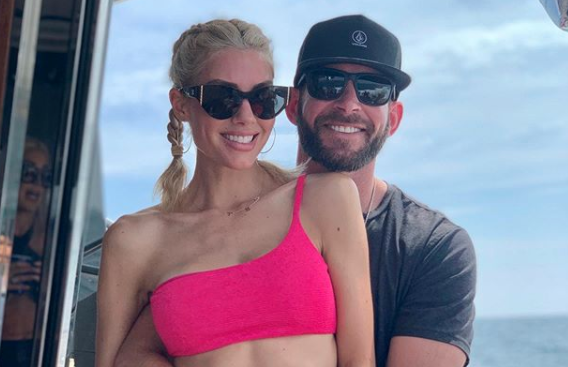 It looks like former Flip or Flop star Tarek El Moussa and star of Selling Sunset Heather Rae Young will be flipping a house together. And this time it’s their house!

The Flipping 101 star and his Selling Sunset realtor fiancé are officially the new owners of a house in Newport Beach, California. This news does not come as too big of a surprise for fans as the couple is currently planning their wedding. They got engaged in July, and fans can catch the proposal on an upcoming episode of the newest season of Flipping 101.

Now, the real kicker is not that the couple now has their future home picked out, but that they never intended for it to be their home.

According to People, a representative for the pair revealed that “Tarek originally bought it as a flip.” However, the couple liked it so much they decided to make it theirs instead.

Now, Tarek El Moussa and Heather Rae Young plan to give the house an extreme makeover. This home will actually be the couple’s first project together. So, for the time being, the two will keep living in their rental together until their real house is perfect.

The duo showed off their future home on Tarik El Moussa’s Instagram Story on Tuesday. They stated that the home is, “basically the blank slate” and they truly feel in love with the home because of the expansive rooftop outdoor space. It of course comes with amazing ocean views.

As hard as it is to believe, Tarek El Moussa and Christina have been broken up since December 2016. They later officially divorced in January 2018. Now, they do still have a relationship. This is due to their connection to Flip or Flop. And because they share children together, daughter Taylor Reese, 9, and son Brayden James, 5.

In addition to Tarik and Heather, Christina and her new husband, Ant Anstead, also live in Newport Beach. The kids then split their time between the two houses. Some fans have even accused Tarik of having a “type” because Christina and Heather look so similar. But it seems the same could be said about Christina’s husband, Ant.

What do you think of Tarik El Moussa getting his first home with Heather Rae Young by accident? Let us know what you think in the comments below. Be sure to check out new episodes of Flipping 101 and Christina On The Coast on HTGV.