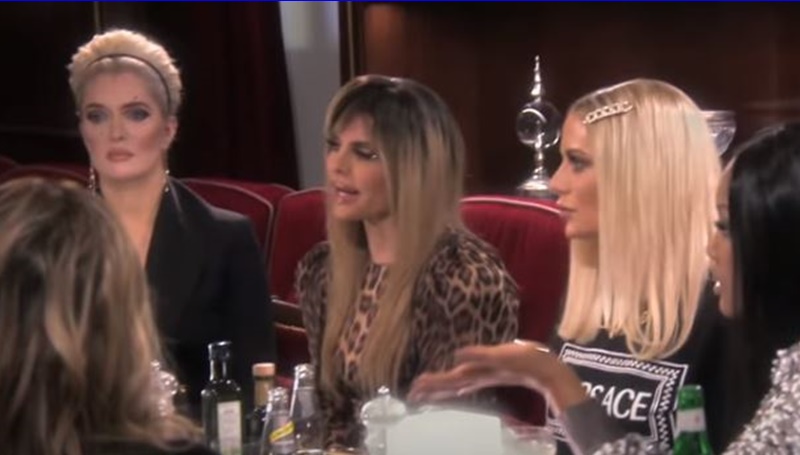 RHOBH fans either cheered or cried when Lisa Vanderpump quit during Season 9 of the Bravo show. While some people think she might have angled for a comeback, maybe she’s better off out of Real Housewives of Beverly Hills. Now, as  Season 10 came to an end, many fans dragged it as the worst season ever.

RHOBH – Lisa Vandepump left, her fans cried for their ‘queen’

When Lisa left after a bitter fracas over the media, Dorit’s dog and the death of her brother, many of her fans cried for her. On the one hand, they felt she would always hold the title to “queen of the show.” But, they also understood she wanted out. Especially, after fans saw the terrible scene at Vila Rosa between her and Kyle Richards. Recall, Kyle accused her of lying about leaking to the media. It came on her birthday weekend when she still felt raw about the death of her brother.

Fans who felt unhappy about Lisa departing took some heart when they met Garcelle. But, for many of them, The Real Housewives of Beverly Hills will never be the same without Lisa. And now, they feel really unhappy with the just-ended season on Bravo. The season brought drama, which fans like, but it got ultra-nasty again. Meaww reminds readers that initially, all looked quite pleasant. But, it quickly deteriorated again after the inevitable dinner-party-gone-wrong on RHOBH.

During the party, Denise Richards got upset because of kids around when rather adult conversations took place. After that, all the women got super-sensitive about everything! They got all drama-filled about Brandi Glanville pitching up on the season with her allegations of Denise Richards and affairs. Garcelle and Dorit watched as the others worked themselves into a fury. In other words, it brought more very shallow and calculated drama that upset fans and the cast.

One critic on Twitter posted, “@#rhobh @Andy. This was absolutely the worst season of RH ever! To let these vile women shame Denise over her sexuality whether true or not and then to turn a blind eye to this scam. How could you do this to your women viewers? Would u do it to men?”

Another upset RHOBH fan noted, “It was probably the worst season to date…i think LVP fans feel vindicated that the show would go downhill without her .”

This was the worst season of #RHOBH pic.twitter.com/yCl4nJtu3k

Lisa Rinna got her share of bashing after the end of the Reunion. One critic slammed her saying, “@DENISE_RICHARDS I’m sorry you had to deal with the #RHOBHMeanGirls. They’re ornery she-devils esp Lisa Rinna. Rinna is the worst of the worst and she’ll get her karma. She took your friendship & stomped all over it all for reality tv drama. Sad.”

Lisa Rinna is so jealous of Denise that she went after her and successfully got her off the show. Disgusting. #firelisarinna #RHOBH

Overall, it looks like fans sound thoroughly sick of all the nastiness on the Bravo show. What did you think of it? Was it the worst season ever? Sound off in the comments below.