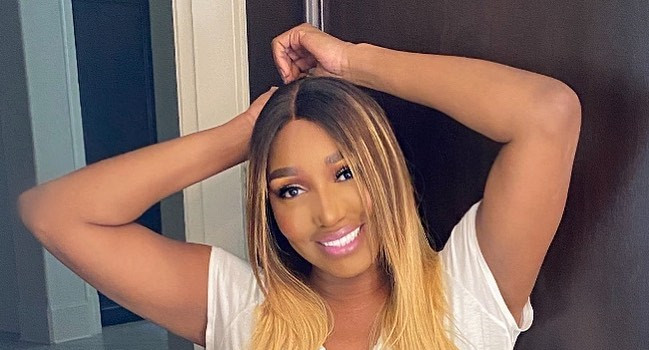 The waiting game is over! After months of rumors and gossip, NeNe Leakes reveals her future with The Real Housewives of Atlanta. Back in June, rumors surfaced that NeNe was fired from the show, but her team denied that.

As fans recall, she walked off the virtual RHOA reunion. In recent months, she has also spoken out against her alleged treatment at Bravo.

Fans have wondered for months what will happen for Season 13 of RHOA. Will NeNe return or leave the show – again? NeNe put the speculation to rest on Thursday, September 17, by announcing her “difficult” decision. She won’t be returning for Season 13.

NeNe was an original Housewife on RHOA when it began in 2008. She took a hiatus for Season 8 and 9 to tend to her budding acting career. During that time, she appeared on Glee and The New Normal. NeNe returned to RHOA for three more seasons.

However, she had a very tense Season 12. She argued with many of her former friends, including Kandi Buress and Cynthia Bailey. Much of the season was about exposing the “snake” who had a recording of Cynthia badmouthing NeNe.

During the Season 12 reunion, it was alleged that the tape never existed.

Despite the difficult season, NeNe graciously thanked her co-stars for supporting her, People reports. While NeNe didn’t get too specific about her decision, she did imply that negotiations for her return broke down. She said it was “an extremely, extremely long, exhausting, tiring, emotional negotiation.”

Bravo host Andy Cohen has been along with NeNe  for the entire ride. He serves as the reunion host and is very close to the Bravolebrities. He took to Instagram after the news broke to share his reaction. Twitter user @queensofbravo shared Andy’s thoughts on NeNe’s exit.

In the missive, Andy calls NeNe an “icon” and “gif machine.” One of the most popular gifs is NeNe saying, “I said what I said” very dramatically.

Nene Leakes “I said, What I Said” pic.twitter.com/4JC5QaGHUy

Andy writes that he hopes that they will “remain in each other’s orbits forever.”

Andy isn’t the only one unhappy about the news of NeNe’s exit. Fans took to social media to express their dismay. One fan, @RHOSuplexCity, noted that without NeNe, all the OGs are gone. While it seems like she’s an original cast member, Kandi joined in Season 2.

All of the OGs of #RHOA are officially gone. Wow. pic.twitter.com/ysBXoRiLNo

Many fans say they won’t watch without NeNe. What about you? Will you tune in to RHOA if NeNe isn’t on? Follow us on social media and let us know your thoughts.

Bravo has yet to announce when Season 13 of The Real Housewives of Atlanta will air. Likely sometime in 2021. Watch her exit announcement below.