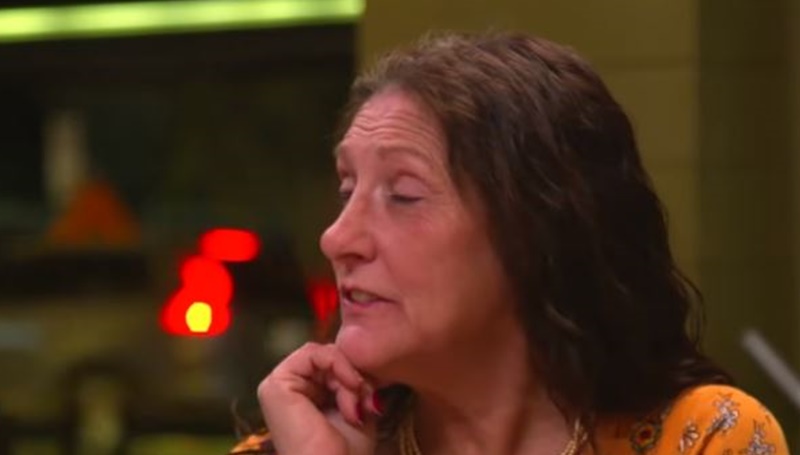 Marrying Millions brought back Bill and Brianna. Bill Hutchinson is totally loaded and a lot older than Bri. Despite the 40-year difference… They seemed in love. And, we noted that Brianna gets along with the kids from Bill’s previous marriage. But now, Lifetime fans think that Brianna’s mom just got really flirty with Bill.

Marrying Millions‘ fans know from Brianna’s Instagram that the couple seems happy together to this day. But, in the show, the couple went through a few issues. So, Bill took her for a break away and they enjoyed some time relaxing together. But, after their short vacation, they found themselves in a bit of an odd situation. Sherry, Brianna’s mom moved in with them.

Meaww explains that it came about after someone got “stabbed in [Brianna’s] mom’s neighborhood.” Nervous, Brianna talked to Bill about somewhere safer for her mom to stay. She urged for them to let her mom stay at their place. Bill sounded a bit against the idea and anticipated some problems. But, maybe he never anticipated what fans thought went down. On Twitter, Marrying Millions fans think Sherry flirted with him inappropriately.

Fans unhappy with the way Sherry behaved in Bill’s home

Fans got irritated as Sherry helped herself to Bill’s bathrobe without asking. Plus, she looked totally unconcerned her dog did its business on the carpet. Then, she started a really award awkward conversation when she revealed to him that she sleeps with no clothes on. Like, was that some sort of twisted invitation?  It certainly looked that way to some viewers.

On Twitter, one Marrying Millions fan commented, “The dog ‘poo’ incident and her mom’s dismissive attitude about his rug and cleaning it up is exactly why the mom shouldn’t be living at Bill’s house.”

Another fan noted, “Why would you tell your daughter boyfriend you sleep naked?! She trying to get to the bag .”

And, another follower noted, “WTF is going with Sherry? Is she trying to flirt with Bri’s man? Who tells their daughter’s man they sleep naked and then use a bathrobe without even asking??? Like so inappropriate!”

One person expressed the opinion that Bill would be better suited to Sherry. They noted, “Honestly, Bill and Bri’s mom would make a cuter couple. Their scene together was too funny..” And, another fan thought it all amusing as well. They commented, “Im sooo here for Bre moving her mom in!!! Yasssss,” adding laughing emojis.

What did you think about Sherry and Bill? Did you think she flirted with Bill by talking about sleeping with no clothes on? Was she acting inappropriately? Sound off your thoughts in the comments below.