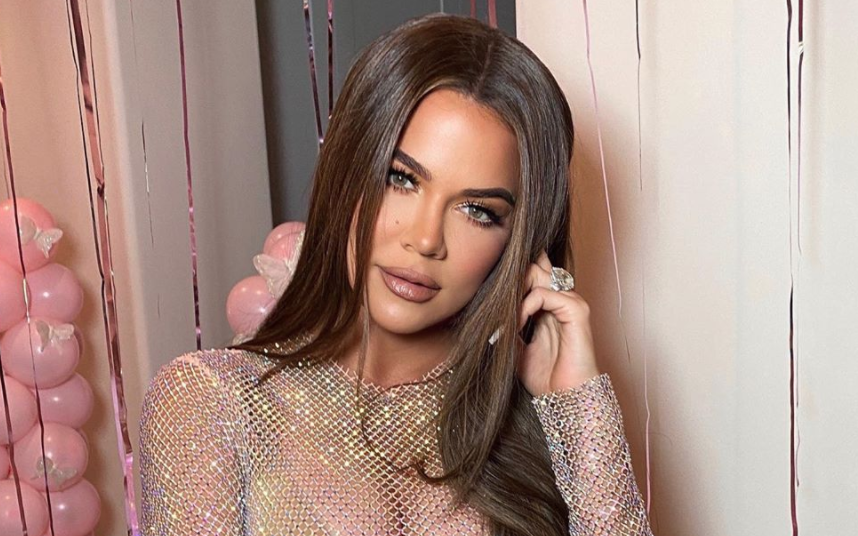 Khloe and Kourtney were very close when KUWTK first started. They even lived together for a while. Now, according to Entertainment Tonight, things aren’t the same anymore. During the season premiere of KUWTK, Khloe dove a bit deeper into her recent relationship with Kourt. It’s definitely not what it once was.

“I’m a very affectionate person, and Kourtney and I used to be way more touchy-feely, but recently not so much,” Khloe says. “Recently, I don’t think Kourtney likes me very much, but that’s OK.”

This all started when Kourtney began hugging people in the family to see how they would react. Everyone was pretty shocked that Kourtney was hugging them. They decided that their family just isn’t very cuddly.

Apparently, Kourtney doesn’t usually give off huggy vibes, however, there is another form of touch that she does like.

“You don’t give off an energy where, like, you’d allow people to touch you,” Khloe says to Kourtney. “[You] hold hands as, like, a security blanket, ’cause every time we do a talk show, or we’re around a crowd of people, she’ll want to hold hands.”

Kourtney knows that she isn’t too affectionate.

“In our family, we’re not, like, cuddly with each other,” Kourtney says. She thinks its because her family wasn’t too affectionate as she was growing up.

Tag someone who can't stand hugs 🤗 #KUWTK is back tonight on E!

What else happened in the ‘KUWTK’ episode?

Part two of the Scott Disick/Khloe Kardashian/Kris Jenner prank happened tonight. Scott and Khloe are always looking for new ways to prank Kris Jenner. This time, they are dressing Khloe up like her and doing some very weird things that Kris would never do. Then, they are taking fake paparazzi photos and pretending they are getting sent out to the news.

Kris is blown away on how these photos were getting out. Especially since she doesn’t remember doing those actions. Khloe and Scott were able to get everyone in on the joke. This includes Corey Gamble who did a very convincing job of selling the story to his girlfriend.

Overall, the first episode was a good one. It sets a tone for a (hopefully) very good season ahead.

Are you watching KUWTK this season? Let us know in the comments. Come back to TV Shows Ace for more news on your favorite Kardashian family members.