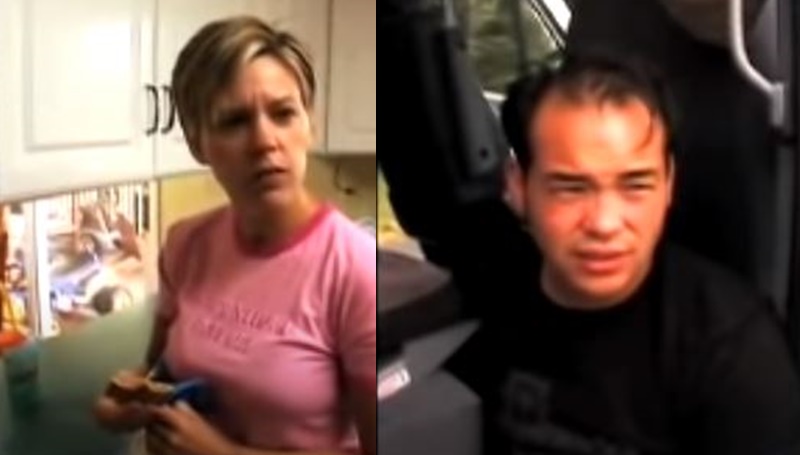 Jon Gosselin and Kate from Jon & Kate Plus 8 once again battle it out in a toxic atmosphere. For years, the couple raged at each other. But Jon then kept quiet for ages as he was under a gag by TLC. Since the gag order got lifted, he speaks out to the media once again. Now, Jon called Kate out publically and warned her off, following allegations that he physically hurt his son Collin.

The news came out just over a week ago that Collin allegedly took to his Instagram and in a now-deleted message accused his dad Jon of punching and kicking him. Jon vehemently denied the allegations. We reported at the time, that Berks County Children & Youth Services in Pennsylvania kicked off an investigation. Notably, though, US Weekly reported that Jon never got named in the investigation report.

The outlet also mentioned that Jon’s other child who lives with him, Hannah, claimed he never hurt or abused them. Since then, ET reported that “Jon has denied the physical abuse claims made by Collin earlier this month, and he has been cleared of the abuse allegations.” So, it’s really not clear what’s going on. Of course, Kate and Jon raged at each other for a very long time, and hardly any of their allegations against each other revealed the true extent of what happens in the dysfunctional family.

Jon warns off his ex-wife, Kate

In an interview with ET’s Kevin Frazier, Jon spoke out after Kate accused him of being a “violent and abusive person” Addressing Kate, he told the outlet, “The message to you is to stop…unless you don’t want to have any ounce of any relationship with your children in the future. You’re ruining that.” The former TLC star also said that she shouldn’t make it about him. Jon added, “It’s about how they have to live their life by you making false accusations about things that never occurred.”

Collin is 16 years old, so the chances of him speaking out and explaining when and how all these allegations came about are unlikely. But for now, it looks like Jon Gosselin and Kate just re-fired up their decade-long mud-slinging match. Collin, by all accounts, reached out to his dad when Kate sent him to an institution. Since then, he moved in with Jon and his girlfriend Colleen. There, he seemed rather happily settled with his sister Hannah. In fact, on Mothers Day, he sent a loving message to Colleen.

We reported that Collin sees a therapist who helps him come to terms with his rejection by his mother. But clearly, whatever troubled the young teen in past never went away completely. No doubt, the media will stay on this emerging story for some time to come. Remember to check back with us often for more updates about Collin, Jon Gosselin, and his ex-wife Kate.