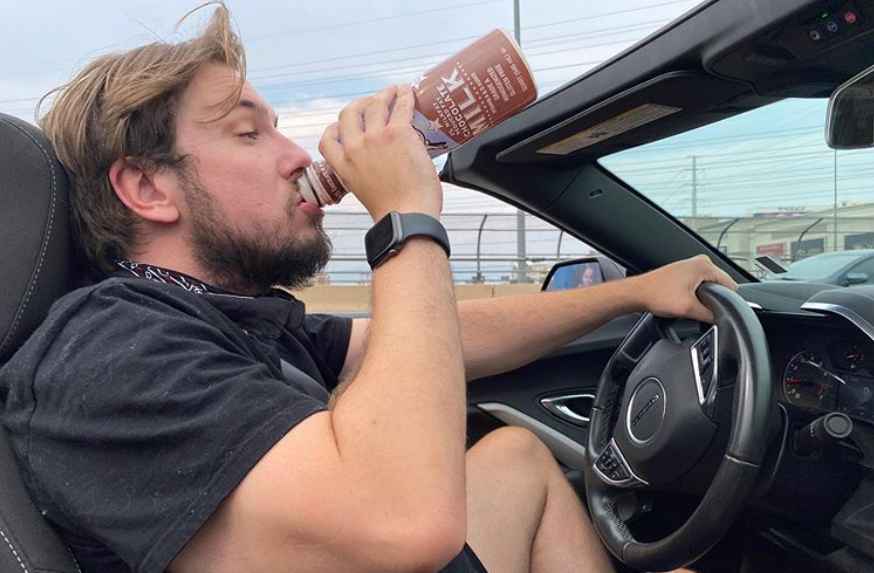 Admittedly, 90 Day Fiance star Colt Johnson has recently started working out. However, the mommy’s boy is known for being creepy and has one failed relationship after another. Meanwhile, many fans are amazed that anyone would want to pay to see him on his OnlyFans account. Just how much does the TLC reality star make on OnlyFans?

OnlyFans is a subscription-based platform that launched in 2016. The platform’s content is aimed at mature audiences and has an age restriction for those 18 years and over. A number of reality TV celebrities and performers use OnlyFans to gain more attention, while some also hope to make some money. The platform sees mostly nude poses and NSFW content. However, as the platform is subscription-based, anyone can open an account on the platform.

As with many other 90 Day Fiance stars, Colt is taking full advantage of both his fans and haters by charging for the privilege to admire or mock him. While his Instagram page announces he was “Born with a crown,” his OnlyFans bio states he is “The man, the myth, the legend.” This is maybe a little over the top for anyone and fans think he either has an elevated view of himself or is just in it for the money. Oh, and he did mention that he has appeared on a “record-shattering amount of television shows since 2018.”

Colt and his d**k pics

Fans will remember the scene where Jess Caroline confronts Colt about the images he had sent to eight women. Each woman had sent Jess a screenshot of the images. This was the beginning of the end of his relationship with the Brazilian beauty. As Colt is obviously proud of this, he shared this clip on his Instagram page.

Stop. Listen. Want to be the 9th? Subscribe to my only fans https://onlyfans.com/savagecoltj (link on the bio). Find out what all the talk is about #90dayfiance #onlyfan

According to Screen Rant, the cost of seeing Colt in all his “glory” is $25 per month. Someone on that website obviously signed up to have a look. They report Colt has posted only nine images so far and has 59 likes, which is hardly worth the monthly fee.

Johnson’s banner image shows him clad in red silk pajamas, while sprawled in a “sexy” position on his living room carpet. It is unknown whether his mom, Debbie, took the shot. Colt added an Amazon wish list to his bio in case anyone feels like spoiling him. Among his favorite movies are blockbusters, such as Superman, Beetlejuice and Groundhogs Day. He also added the complete animated series of Batman Beyond to his wishlist. Some rather strange hoped-for items include two fire pits, a mop and bucket.

How much is Colt making on OnlyFans

While he isn’t rich yet, he does seem to be making some money on the platform. However, a number of haters have shared his photos on social media with their pals who haven’t paid for the service.

Among these classics is an image of Colt in a bubble bath, sporting a devilish grin. A number of comments to that particular image said Johnson needs to work on his model face. If anyone is intrigued as to the content on Colt’s OnlyFans, YouTuber Yourwetsock has signed up for you, so you don’t have to.

Meanwhile, Jess has moved on and is living a loving and happy life, while Colt is back to living alone – well, with mom anyway. There is no news as yet of any new sexy Latino in his sights.

Catch 90 Day Fiancé: Happily Ever After? on Sunday at 8 pm EST on TLC.