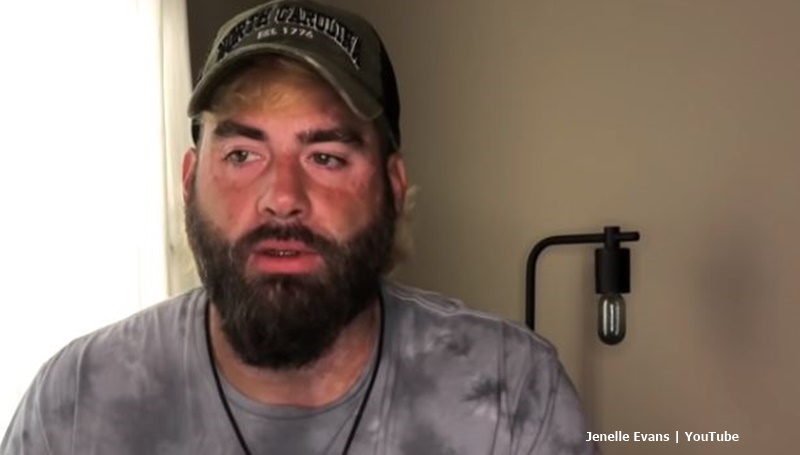 David Eason killed and ate his pigs he raised on “The Land.” In December last year, he commented that they certainly tasted very nice. Many fans got all worked up about it. And now, he apparently ate the goat as well. And, fans got worked up all over again. It has even brought rumors up once again. Rumors claiming Jenelle left him. However, she denied that they split over the goat.

Last time he killed and ate his livestock, David Eason’s critics accused him of “revenge” killing. Recall, at the time, he and Jenelle Evans were split. Someone broke into his place and allegedly stole his tools. Critics believed he ate the pigs to get back at Jenelle. Actually, he suggested she was behind the break-in. Things moved on since then. And, they seem to be in a good place together.

Well, fans of Teen Mom always freak when he eats his livestock. But, as we noted in December, “in North Carolina, many homesteaders raise animals for their own consumption.” And, Mother Earth News reported that many people prefer their own animals as meals. Notably, it suits those who “reject the idea that commercial operations are required to feed the world.”

Rumors that David and Jenelle split came after he shared about eating tasty goat nuggets. Later, on Facebook, Jenelle made a comment that made fans think about trouble in the land. She said, “So what are you doing with the cat?” she wrote. “Well, your things are ready to go [and] will be here when you get back.” Of course, that could just mean he went somewhere and needed to make a plan with the cat. But critics, always eager to find something wrong about them, felt maybe she referred to him eating the cat.

Rumors sprouted that the dead goat upset Jenelle so much that she split from David Eason again. But, The Sun UK, reported that she denied that. And really, if you think about it, many of David’s posts almost seem to deliberately trigger critics. That’s probably why he joked about dining on the family pet, Elvis. According to the outlet Jennelle said, “nope” she and David have not split and are very much still together.” So, there you have it from the horse’s mouth.

David Eason and Jenelle look solid at the moment

Actually, right now, the Teen Mom alums look very solid. Jenelle put together her YouTube docuseries called I have something to Say. David and Janelle share about it on their Instagram accounts. The series documents the fallout over David killing Nugget, police followups, the kids’ custody, and more. It reveals what Jenelle points out is what really happened during all that drama.

What did you think about the rumors that David and Jenelle split because he killed and ate the goat? Is it worse than buying meat from a slaughterhouse? Sound off in the comments below.