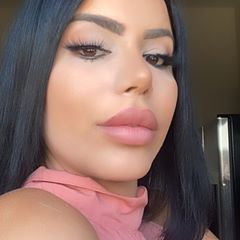 The Brazillian beauty, Larissa Lima from TLC’s  90 Day Fiance: Happily Ever After? has recently gone through some major cosmetic surgeries, which has in turn added to her multiple income streams.

Fans recently found out that Larrisa Lima spent $72k on her main cosmetic surgeries. This left people wondering, ”Is Larissa sending money to her children?” The answer to that question is yes, according to Screen Rant.

Little Back Story for Larissa Lima

Larissa Lima and Colt Johnson made their first appearance as a couple on 90 Day Fiance, from the beginning the popular couple! Larissa and Colt were quickly married. That’s when fans found out that Larissa Limo had two children, that she left back in Brazil! She gave birth to a son, Arry, and a daughter, Luana, both adopted out by family members She is always in touch with her family and continues to keep in touch with the family via WhatsApp.

Larissa Lima recently joined other 90 Day Fiance stars and posted her very own OnlyFans page! She charges $25 a month for some very seductive pictures of her showing off her new look after her many surgeries. When asked about her new obsession with the number of surgeries she has had Larissa told Life & Style that she had the procedures to “improve her appearance for self-esteem, but more importantly to make money for her family.”  Larissa Lima continued the interview by saying ‘I have a family in Brazil, I have a boyfriend who is 28 years old and I am exposed daily on social media.” Larissa spoke about wanting to look good for herself by using surgery and ”to make money to send to Brazil.”

@jesscaroline_ Feminism is not about making women stronger. Women are already strong. It is about changing the way the world perceives that strength. G.D Anderson #90dayfiance #90dayfiancehappilyeverafter #tlcnetwork #womenempowerment

Larissa Lima also spoke about getting a tummy tuck or abdominoplasty done more recently for “health reasons.” The 90 Day Fiance, celeb, claimed that after she gave birth to her two kids, her abdominal muscles failed to return to their pre-baby state. “We use filters and Photoshop all of the time. I was using filters to make my waist look skinnier, so this surgery brings me freedom,” added Larissa, who earned all the plastic surgery money, via Cameos. Larissa also gets money from her appearance on the popular TLC 90 Day Fiance show.

Larissa now has multiple streams of revenue from her appearance on 90 Day Fiance, Camsoda, OnlyFans, and social media influencer. Thanks to her new appearance and her willingness to bare all. Larissa should have enough money to provide for herself, her immediate family, including her kids. Larissa may even be able to get a “biggie house” as she stated in an earlier 90 Day Fiance episode.