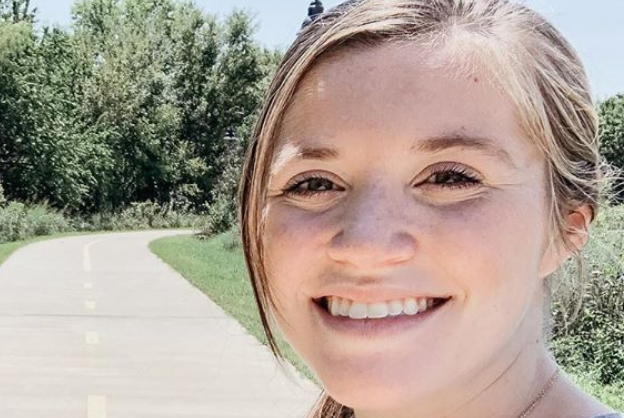 Prior to the Season 11 premiere of Counting On, fans noticed that Joy Duggar and Austin Forsyth weren’t featured in the promo photoshoots. Most of the other family members were pictured though. Joy and Austin also didn’t appear to have a main storyline during this season, and they mostly appeared in group settings. Around the time of the season premiere, Derick Dillard, Jill’s husband, claimed that Joy and Austin were no longer on the show.

So, what’s going on?

On Tuesday, ahead of the newest episode airing on TLC, Jessa Seewald shared one of the promo shoot photos. The photo features Jessa, Abbie, Lauren, Kendra, Jinger, and Jana. Notably, Joy is missing. Anna and Jill are not pictured, as they are no longer on the show.

In the comments section, a few fans began asking where Joy is. Before Jessa responded, a few fans piped in to say that Joy is no longer on the show. Finally, Jessa replied, saying, “They’re still on the show, just didn’t make it to this photo session. ☺️❤️”

Tonight’s episode is all about Jana! Such a fun surprise! ❤️ Be sure to tune in— 9/8c on TLC.

What did Derick Dillard say about Joy and Austin leaving Counting On?

As mentioned, Derick previously revealed that Joy and Austin would no longer be a part of the show. When talking about the Duggar family’s game night, Derick wrote, “we quit filming, not family life. Joy and Austin also quit filming, but they were there.” This was in the comments section of a post from TLC back in July. Now, it’s unclear if this is true.

Further fueling the rumors that the couple is leaving the show is Joy and Austin’s YouTube channel. Many moments in their lives have been shared on YouTube rather than the show. For one, Joy and Austin uploaded a few pregnancy update videos on YouTube. Also, they recorded the birth of their daughter on their own. That’s on their YouTube channel now too.

Some of the things featured on their YouTube channel are things that TLC would typically include on the show. So, fans thought that this was another sign that they were leaving the show.

It’s unclear what exactly is going on with Joy and Austin. Of course, Duggar fans hope they remain a part of the show. Perhaps they are stepping away a bit but are still on the show sometimes.

So, do you think Joy and Austin are still a part of Counting On? Share your thoughts in the comments below.