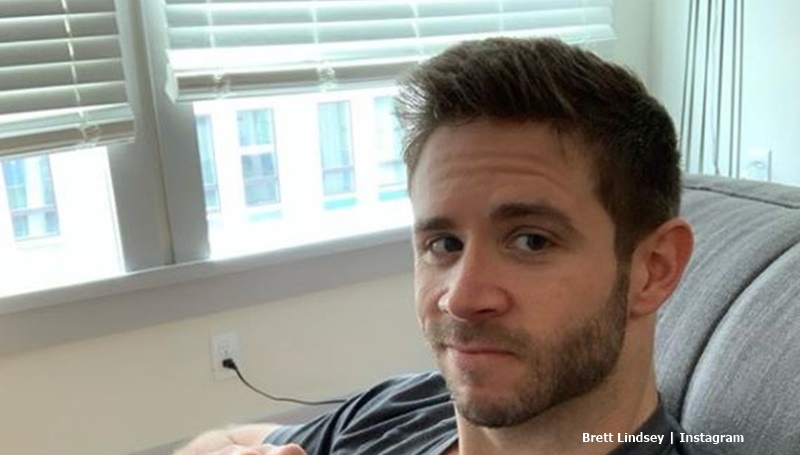 Married at First Sight, Season 11 revealed that Brett Lindsey flirted a lot. Fans thought from the very beginning that he raised all sorts of red flags. Spoilers emerged that he and Olivia never stayed married. And recently, he shared some photos of Olivia’s cat. Lifetime fans wondered if he and Olivia remained together, based on that. But now, rumors started that he already moved on with a new girlfriend.

Fans never really believed that Brett and Olivia belonged together. Brett’s pretty sharp and careful not to leak spoilers,” we noted. But now, new photos emerged and it looks like he may have a new girlfriend. Soap Dirt reported that they found some photos online that showed Brett with a different woman than Olivia. Apparently, Brett was seen in Miami with someone fans suspect is a new girlfriend.

Well, if he is dating again and moved on, many fans think Olivia’s well out of it.  Over on Twitter, countless Married at First Sight fans can’t stand Brett. Many comments flood in that Olivia should get out of the relationship. And, others complained they seem the most mismatched couple of the show. But if fans seem confused, so does Olivia. We reported that she thinks Brett’s a rather layered and complex character.

Not on the same page with finances and kids? The experts played with Olivia and Brett. #MarriedAtFirstSight pic.twitter.com/O55dorEsN8

Brett there for TV fame only?

Among the many comments from Lifetime fans on Twitter, are tweets revealing people suspected Brett would move on and get another girlfriend. One person tweeted,”I wouldn’t be surprised if Brett had a secret girlfriend or something. He is Just there for tv.” And, as one fan pointed out, “Brett calls love the greased pig of emotions. No wonder he had 45 failed first dates.”

It seems clear to Married at First Sight followers that Brett and Olivia would never work out. One fan commented, “The fact that Oliva wanted to talk to Amani tells me she starting to see that Brett ain’t it.” And one critic noted, “And uh, Brett doesn’t know what love or any emotion is. All he knows is manipulation and control. Somebody save Olivia before she gets in too deep with him. He’s already got her making excuses for their disfunction.”

I think Brett makes jokes instead of risking disagreement bc he's afraid of it. It also shows when he acts cornered instead of meeting the challenge of coming to an understanding.#MAFS #MAFSnola #MarriedAtFirstSight

Some fans indicated that they found Brett’s scenes so boring that at one stage, they forgot about him and Olivia. Well, if he already moved on a with new girlfriend, it seems he also forgets things pretty fast. In fact, many fans feel that forgettable Brett moving on might be the best thimg that ever happened to Oliva on the Lifetime show. What do you think? Did Brett already move on from Olivia and find a new girl? Did he go on Married at First Sight for all the wrong reasons? Sound off your thoughts in the comments below.