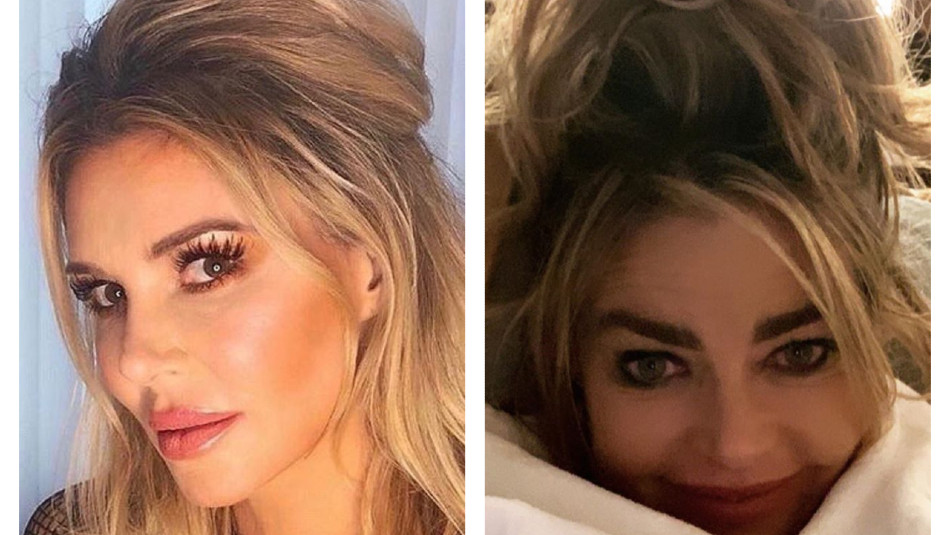 The Real Housewives of Beverly Hills star Brandi Glanville has more to say about her alleged entanglement with Denise Richards. She’s already given explicit details about the time she allegedly spent the night with Denise. But Brandi has always maintained that the alleged affair had multiple sessions. And now she is spilling the goods about what happened in a restaurant bathroom. Twice.

Brandi Glanville Met Denise For Dinner in 2018 to Talk RHOBH

As fans saw, Denise and Brandi met up for drinks during Season 9 of RHOBH. However, that wasn’t their first meeting or the time Brandi alleges they made out. Their first meeting happened in September 2018 when their mutual agent set up dinner. The agent felt the Bravo star could offer Denise some advice about joining RHOBH. As fans know, Season 9 was Denise’s first season.

Brandi was a full-time Housewife for Seasons 3 through 5. She makes occasional guest appearances. Some fans think Brandi made up the affair rumors to get her full-time gig back.

The former model alleges that her short affair with Denise began that night in 2018 during their first meeting. Page Six reports that their mutual agent was at the dinner, but eventually left and it was just Brandi and Denise.

According to Brandi, Denise was “looking at” her chest all during dinner. And Denise copped to it over drinks. Brandi alleges that Denise was planning on getting another boob job. Denise allegedly liked the way Brandi’s boobs looked and wanted a closer glimpse.

Denise Was the Aggressor During Multiple Trips to Restaurant Bathroom

The Unfiltered podcast host alleges that Denise asked her to come to the bathroom so she could have a look at the former model’s breasts. Brandi says that Denise “threw [her] against the wall” when she showed her breasts.

Allegedly, the two began kissing and “making out.” Brandi told the Daily Mail that she was into the hook-up. At some point, the two returned to the table to drink more. Brandi admits that they were both “drunk.” After more drinks, they headed back to the bathroom for making out. However, the RHOBH alum said nothing happened below the belt because she was wearing jeans.

Brandi Says She Didn’t Know the RHOBH Star Was Married

When Brandi first told RHOBH stars Kyle Richards and Teddi Mellencamp about the affair, she was upset. At the time, Brandi claimed that she was under the impression the hook-up was approved by Denise’s husband, Aaron Phypers.

However, during their initial make-out session, Brandi says she didn’t know Denise was married at all. Denise and Aaron had married only 11 days before the alleged bathroom hook-up.

Brandi doesn’t clarify when she found out that Denise was a married woman. However, she claims that Denise wanted to keep the affair going. The RHOBH alum says Denise texted her “nonstop.”

In a new reveal, Brandi says that Denise’s co-star, Patrick Muldoon, knows about the alleged affair. In fact, she says he asked about it during a podcast taping. The Drinking and Tweeting author maintains that the making out became a full-blown affair during a visit to the movie set where Denise was filming. Patrick Muldoon co-starred in the film.

The other RHOBH stars continue to confront Denise over the allegations in the third and final reunion episode. It airs on Wednesday, September 16 on Bravo. Watch the preview below. Brandi won’t appear at the reunion. She has a separate interview with Andy Cohen airing soon.

Follow us on social media for updates on all your favorite TV shows!