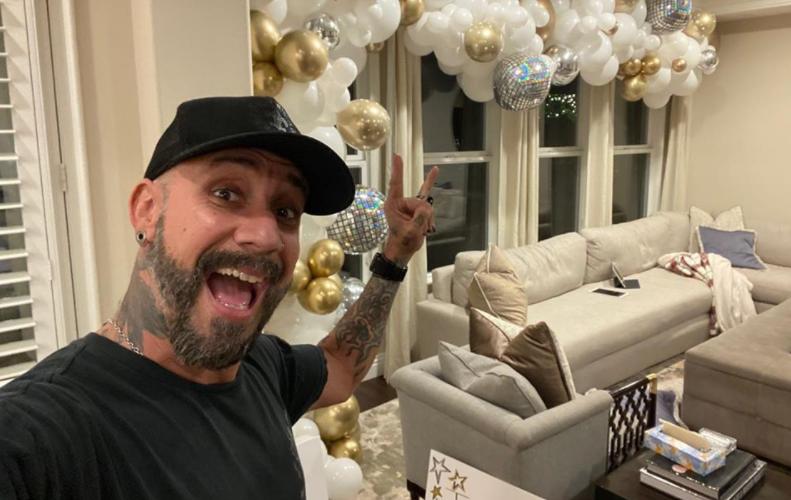 Partners on the dance floor AJ McLean and Cheryl Burke will soon partner on another project. The two will be hosting a podcast on iHeartRadio. They plan to talk mental health and their time on DWTS  as they share their ups and downs on the show real time. This is a lot like what Hannah Brown did with her weekly diaries.

The podcast will also feature a friend of McLean’s, Rene Elizondo Jr. The two dancers will be talking about life and their journeys to fame. They’ll also be candidly covering their thoughts about Dancing With The Stars. This is thrilling to fans who want that backstage access.

Did AJ McLean Or Cheryl Come Up With It?

It seems according to Burke, the podcast with AJ McLean was a joint idea. Burke said, “Pretty Messed Up,” is about really getting to know who we are behind the glitz and glam, behind the ABC family oriented type show where I’m heavily edited. With this podcast, it’s going to be so nice to just be who I am. I’m sure fans have definitely seen a little bit of this, a little bit of that or maybe read my book … but now you’re really going to see me.” She went on to say she really likes to talk and doesn’t lie.

AJ said something similar about being excited to share who he is. According to People, he said, “a lot has been said about me and my journey through recovery and sobriety.” He said there is a lot about him, people don’t really know. He’s excited to share more than just his highs and lows with other.

Meet #TeamPrettyMessedUp!! Not only are @cherylburke and I #DWTS partners, we are also launching a new podcast TONIGHT with @iheartradio and my good friend @renejr, appropriately titled @prettymesseduppodcast. We are getting into everything, from our journey on @dancingabc, to our families, friends and even digging into the topics of mental health and addiction. I’m so grateful for all of you and am looking forward to bringing you into our honest conversations. The first episode drops tonight at 12am PST, watch for the link later in my stories!!

What Is The Goal Of The Podcast?

The main goal of the podcast AJ McLean says is to inspire people to be themselves. Burke agrees saying, everyone has mental health issues they need to talk about. Getting them out in the open is a form of therapy. Elizondo Jr. also expressed he wants to inspire people. He said, “we’re born very pure and uncomplicated and somewhere through life we become complicated. If we’re lucky enough we learn to uncomplicate ourselves again.”

Fans are going to get a lot of information about their favorite dancers. Cheryl most likely will be open about her relationship with Matthew Lawrence. She married her long-time boyfriend last year. McLean will share a lot about family and how his girls have inspired him to stay sober and be his best self.  On the announcement of their partnership on both projects fans shared their enthusiasm. One said, “This is awesome! So proud of you! I hope you win the mirrorball but it looks like your already winning!”

Dancing with the Stars premiered Monday with Elimination coming up next Tuesday. Disney Night follows the week after that. Fans are thrilled DWTS is back!