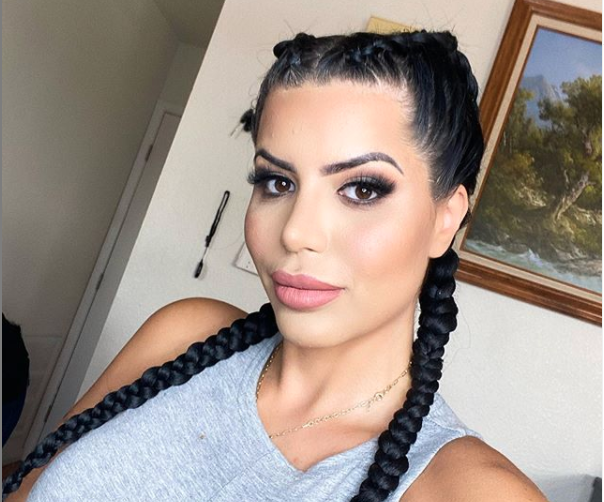 90 Day Fiancé star Larissa Dos Santos Lima recently shared who she would “be open” to doing a spin-off with. And it turns out it is someone she shares an Ex with.

Larissa is open to a spin-off

The 90 Day Fiancé star revealed in an interview on Tuesday, September 15 that she would be open to a spinoff with none other than Jess Caroline.

According to InTouch Weekly, Jess is also Brazilian AND actually dated Colt just like Larissa! So the pair have quite a lot in common.

And just like Larissa, Jess and Colt’s love wasn’t meant to be. On an episode of 90 Day Fiancé: Happily Ever After? earlier this month Jess met up with Larissa to tell her that she broke up with Colt. The break up came after he admitted that he sent explicit photos of himself to other women while they were on a break.

But despite the circumstances, Larissa is sticking by Jess. The 90 Day Fiancé star is keeping an open mind and welcoming her new friendship. She said, “She’s kind of a little bit crazy, but I believe we have this Brazilian thing to support each other. America is a very feminist country so when I stick with her, I show girls we don’t need to be enemies.”

Larissa even went on to say she is “really rooting for her life in America.”

@jesscaroline_ Feminism is not about making women stronger. Women are already strong. It is about changing the way the world perceives that strength. G.D Anderson #90dayfiance #90dayfiancehappilyeverafter #tlcnetwork #womenempowerment

Larissa has moved on

According to InTouch Weekly, Larissa says any feelings of hate she felt towards Colt is all in the past now. The 90 Day Fiancé star even stated that was proud of Colt for telling Jess the truth. She was impressed that he admitted to doing her wrong and being a bad boyfriend on national TV.

Now, Larissa and Colt finalized their divorce in April 2019. However, it appears Jess and Colt split in October of 2019 even though the footage is just now airing on the current season 90 Day Fiancé.

Larissa is not only out there supporting her fellow women, but she’s empowering herself through her new look. However, some say she is trying to copy Kylie Jenner with her recent appearance changes. Maybe she is just trying to support women in every aspect of her life!

What do you think of Larissa and Jess being able to be friends even after having dated the same guy? Let us know what you think in the comments below. Be sure to watch new episodes of 90 Day Fiancé: Happily Ever After? on TLC Sundays at 8 p.m. ET.