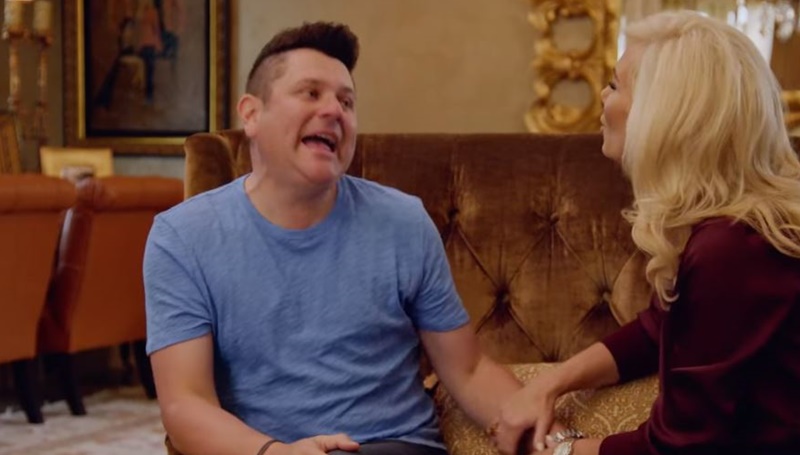 Todd Chrisley watched the new Netflix show called Demarcus Family Rules. It features Allison and Jay DeMarcus along with their family. Actually, Todd told his fans about the upcoming show back in July. Now that he watched it, he recommends it to his fans and says it’s really good for a laugh.

You might be familiar with Jay and Allison. Jay’s part of the group Rascal Flatts. Meanwhile, Allison hosts a couple of shows. We reported that Todd knows the family and considers them friends. Actually, you may have even spotted them on Todd’s show, Chrisley Knows Best. Now, that might seem that he’s a bit biased. But, his fans who saw it also liked the show. Only, some of them wished for more episodes.

Todd Chrisley took to Instagram on Monday and shared a short clip from Demarcus Family Rules. He captioned it with, “If you haven’t watched Demarcus Family Rules on @netflix then you have missed out, I laugh nonstop watching this and I encourage you to do the same, there’s never [too] much laughter.” Those fans who watched it already also enjoyed it as it’s full of funny things that make people laugh.

What are people saying about the new Netflix show?

On Todd’s Instagram, some fans commented on the Netflix show. One noted, “Loved it. So funny!! Can’t wait for more!!! Do wish it wasn’t on Netflix. Don’t like the exploitation of children. But loved the family. So funny.” Of course, they referred to the current fallout over the film Cuties. Then, another fan talked about the new show. They said, “It’s so good. Exactly the joy America needs right now!”

One Todd Chrisley fan thinks the show’s funny and entertaining, but, they felt that they preferred Chrisley Knows Best on USA Network. However, one satisfied person said about the Damarcus family show, “Spray tan enthusiast now 🔥😜☀️ my husband and I watched the whole season in two evenings! Loved it!” And, another enthusiastic fan noted, “Killed the whole season!!! Best thing on NETFLIX!!!! 👏🏾👏🏾👏🏾.”

If you haven’t watched Demarcus Family Rules on @netflix then you have missed out , I laugh nonstop watching this and I encourage you to do the same , there’s never to much laughter .

Some people suggest you shouldn’t confuse it with Todd Chrisley’s own show. Funny, it nevertheless takes a rather different approach to life. Rather more slapstick than Todd’s show, it’s got a different feel. Notably, though the show’s not everyone’s cup of tea. One fan commented, “Compared to your show I can’t, I tried to watch it but I just can’t. Best of luck to that show! I just love my chrisleys too much.”

Did you watch the show? What did you think of it? Or, will you rather wait and see if it turns up on a different network? Sound off your thoughts in the comments below.

Jedidiah Duggar Packs On The Pounds, Katey Nakatsu To Blame?
‘Thurston’ For Katie? Michael A. Posts, Deletes Flirty Comment On Her Sultry Photo
Kyle Richards Calls Out Lisa Vanderpump: ‘Give It A Rest’
‘DWTS’ Pro Gleb Savchenko Has Some Exciting News — What Is It?
No Giada: Paris Hilton’s Netflix Cooking Show Shows Off Her Not Hot Skills